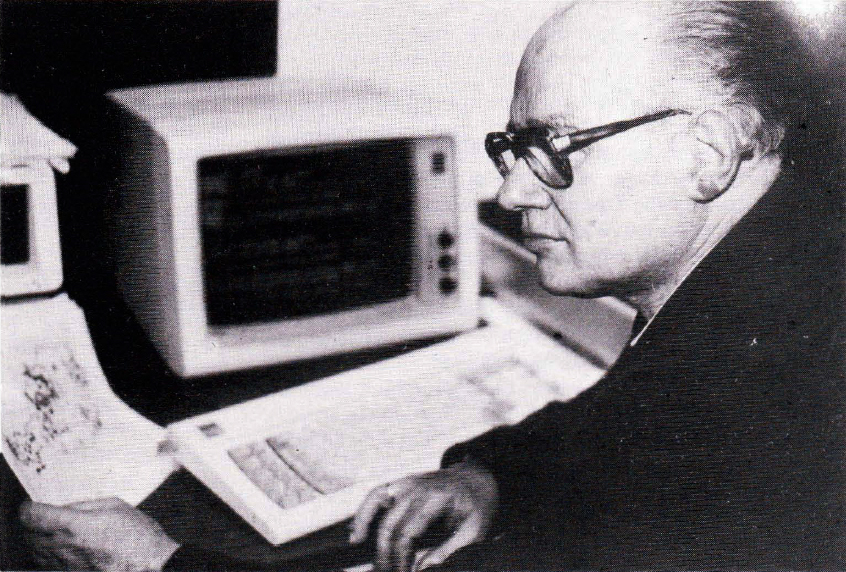 A SYSTEMS-SCIENCE PROJECT AT AUSTRIA’S UNIVERSITY OF LlNZ: ELECTRONIC BRAINS SAVE ENDANGERED SPECIES
STEPHEN SOKOLOFF
Mankind’s inventive cleverness has rarely been a boon for Mother Nature. Technological advances have directly or indirectly led to the destruction of natural environments throughout the world and the extermination of countless species of plants and animals. Now however systems researchers in Linz are using highly complex electronic memory devices to assist conservationists.
The ZOODAT-project is the brainchild of Prof. Ernst Rudolf Reichl; he is currently being aided by Dr. Friedrich Valach and Dipl.lng. Winfried Walter. Prof. Reichl was one of the first scientists to realize that enormous quantities of information are a prerequisite for effective conservation work. There are approximately 30.000 species of animals in Austria (about half of them are insects and snails). Ecologists strive to discover precisely in what areas each” of them occurs and the manner in which the size of each population fluctuates in the course of time. Equipped with this knowledge, they can determine which species are threatened by extinction. It is estimated that the data from between four and ten million observations are now available, but they are not always easy to get at. Some of them have been published in various scientific journals, whereas others can only be obtained from the archives of public or private collections or from unpublished notes.
With the help of the computer it would be possible to gather these findings into one place and systematize them. Of course each of the ldividual items has to be programmed. Up until now the Austrian team has only managed to feed over a million pieces of information to the electronic
brain – nearly 700.000 of them have to do with butterflies and moths, almost 150.000 with beetles. The researchers however hope that their data bank w;11 someday comprise all the animal species in Austria and the Italian province of Southern Tyrol as well as all the sites where they occur. To attain their goal, they will have to process about 185 million items.
The data bank has already proven itself invaluable. With its help, conservationists were able to rapidly formulate precise objections to a proposed new expressway between Augsburg (W.Germany) and Innsbruck (Austria). The computer immediately produced a list of biotopes which would have been adversely affected by the construction of the highway including details about the faunistic rarities which were to be found at each of the sites. A rerouting was recommended.
DATA PROTECTION FOR ANIMALS
Unfortunately ZOODAT has to be kept under lock and key. Ecologists are afraid that unscrupulous animal traders could misuse information from the data bank to hunt out the nesting sites of rare birds of prey such as eagles, owls and hawks. Chicks of some species fetch horrendous prices nowadays. Similarly, insect collectors could link in to ZOODAT to localize rare butterflies. Therefore only authorized persons or institutions have access to the computer.
ONE OF EUROPE’S LARGEST ANIMAL DATA BANKS
ZOODAT began as part of an international project. In 1972, when it was introduced at a scientific meeting, many researchers found it cute but rather insignificant. At that time it merely embraced 5.000 items. From such modest beginnings Prof Reichl has brought the zooklgical data bank to its current size – today it is perhaps the largest one in Europe.
Prof. Reichl is not only a systems researcher – he is an amateur entomologist as well. Being intimately involved in both of these fields of study has enabjed him to develop a link between them, in the form of a computer-assisted program of animal conservation. Building bridges between isolated disciplines js one of the most important goals of systems science.
By Gerhard Chroust