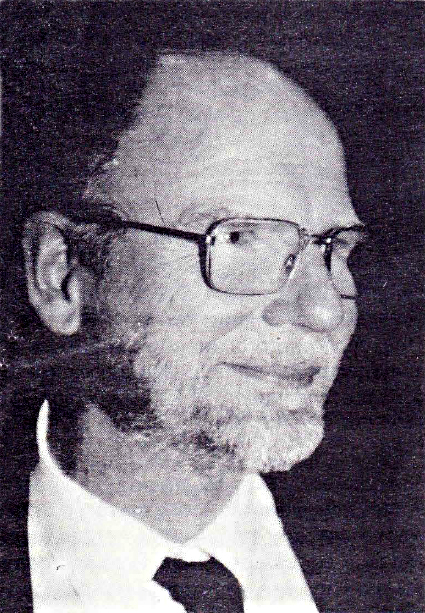 Stephen Sokoloff (based on an interview of Gerard de Zeeuw)
Systems to enhance the quality of human existance – that is a primary goal of Prof. de Zeeuw. In the following article we will find out how he goes about designing them. To explain what is meant by a “support system” we will first consider a few concrete examples. Let us take a look at the warnings posted in European trains. The German version is the command: “Don’t lean out!”. The person who had it posted assumed that, since he was the authority, the traveller would have to act in accord with his instructions. The Italian version is different; it merely provides the information that “It is dangerous to lean out”. The traveller is then left at least theoretically free to act at his own discretion. In these cases the warnings constitute the support systems, supporting the use of the trains. They differ in terms of the variety left to the users.
Another example of a supporting systems is a library This institution can be used in many different ways. A manual describing further possibilities for its employment could be regarded as a supporting system for a supporting system. The main reason for devising additional systems of this type is to increase quality – e.g. to enable greater variety in the activities of the users. These systems can possibly also serve to increase the generality within the user group. The previous examples were rather trivial. Prof. de Zeeuw is trying to determine how support systems which are of greater societal relevance can be used to improve the quality of human interactions. People are supported, for example, while they are dying, but many of the procedures currently being employed isolate them and reduce the diversity in their environment. How can this be avoided? It is necessary to coordinate the work of social and medical institutions in ways that allow patients to maintain individuality, variety and profile. First one must identify the institutions and the functions they are performing Then the concepts they are employing have to be connected in a learning process.
Abstraction has all too often been associated with reglementation and restriction. Multidimensional man has to conform to the needs of production techniques and computers and to rigid institutional patterns.
It is to hoped that studies such as those of Prof. de Zeeuw, which take abstract concepts as their point of departure, can serve to enhance the richness of human existance.
By Gerhard Chroust