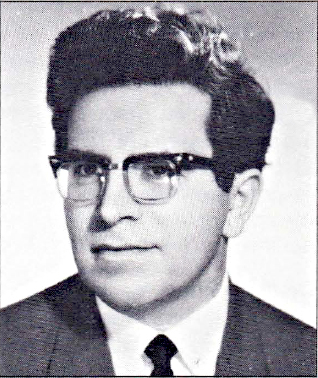 Jan Maria Szymanski
Systems Engineering Center, Polish Cybernetical Society, Warsaw, Poland
It is generally agreed that we have arrived at a turning point in the history of civilization. The era in which weapons were used to maintain class structure and dictatorial powers is coming to a close. An age of intercultural partnership and global policy is now dawning. It would, however, be wishful thinking to believe that the world will change suddenly in a miraculous way. Before the necessary alterations can occur we will have to discard some of our cultural baggage, for example the glorification of killing enemies and the tribal principle of social integration. The outdated world-view upon which these modes of thinking are based should, in the age of computers and atomic energy, be replaced by a universal social integration. How will we, however, be able to achieve the necessary reforms without destroying our sense of cultural and national identity? A reliable formula has yet to be found.
An appropriately structured society is a precondition for the existence of civilization. Some provision must be made to allow for the dissipation of human energy. This dispersion occurs when we act in solidarity with our “natives” and oppose our “enemies”. Present-day science has proven that the scheme” native-strangers”, or “homeland- enemy”, or more generally “good-evil”, is an intrinsic feature of our genetic makeup. Since human beings are, however, capable of abstract thinking, the enemy does not necessarily have to be a group of people. A symbolic adversary would serve the same purpose. “My homeland” could, for example, be identified with “civilization” and “my foe” with “barbarity”.
Such a formula would be acceptable to both Christians und Marxists. In fact, it could serve as a test of the profundity of their convictions. It may, however, turn out to be inconvenient because it would mean that the “enemy” we are striving to eradicate is often to be found within our very selves. Instead of fighting others we would have to often compel ourselves to refrain from using naive or hypocritical slogans or from indulging in destructive heroics.
Nobody can foretell whether the above view will gain a greater degree of acceptance. My own experience leads me to doubt the ability of mankind to arrive at a general consensus, to think independently and predict accurately. It was Norbert Wiener who said that the future would not be a paradise full of slave robots but a hard fight against the limitations of our minds.
The theoretical foundation
I arrived at the above conclusions by application of my theory, which is based on the reduction of multivariety to a certain subset of states. The bounding factor can be called a structure, and the subset of states determined by it the set of states admissible for that structure. The relation between these two elements has been called a transformation system. It cannot be denied that Piaget and other structuralists had a profound influence on the development of this theory. Treating an ordered pair of transformation systems as the set of arguments and values of a control function, we can define a control system. Then, relating the concept of the control system to the universe of information, we arrive at the concept of the information control system, i.e. the decision making system. Relating it to the universe of matter and energy, we arrive at the concept of the dynamic system, a category which is shared by machines and biological organisms. The type which is relevant for human populations is the social dynamic system. All of these notions taken together constitute the base upon which a broader conceptual system has been developed.
The formal structure of the theory
In spite of all the well-known logical consequences of Goedel’s theorem, I decided that there is no necessity for the introduction of an advanced formalization of concepts, especially of those whose generality renders measurements difficult and results dubious. Consequently I have limited myself to the following:
1) Taking into consideration the revolution in the methodology of sciences that occurred in the first half of the 20th century, I have accepted the appropriate intellectual commitments.
2) By using simple set-theoretical notions and the “white box method”, it was possible to define the transformation system. Having introduced a possibility set (an idealization of the unlimited multivariety) and a bounding operator (the structure) which is defined on this possibility set, and transforming it into its subset (the set of admissible states), I have defined the transformation systems as a pair of the structure and the set of admissible states. Similarly, the concept of the control system has been defined with set-theoretical notation.
3) The formal description of the decision-making system does not, in fact, go far beyond the commonly known results. Difficulties connected with the modelling of social systems have been avoided by the introduction of two complementary models: the horizontal one, which expresses the static properties of the system, and the vertical one, which expresses its dynamics.
The empirical falsification of the theory
Ideas disagreeing with generally accepted conclusions of the behavioral sciences were not employed in the construction of the theory. The concept of the structure adopted here conforms closely to the vision of nature derived from Einstein’s theory and the second law of thermodynamics. Actual decision processes in the world of human beings and animals as described by experimental psychology and ethology confirm the validity of the decision making system model. The results of mechanics and biology do not contradict the concept of the dynamic system. In the same way a falsification of the concept of the social dynamic system has been avoided.
A more thorough treatment of the above theory can be found in my book “Reformulated Cybernetics”, published in Polish by Ossolineum, Wroclaw, 1988.
Editor’s note: The theory that aggressivity is part of our genetic makeup is still subject to considerable controversy, and by no means generally accepted.
By Gerhard Chroust