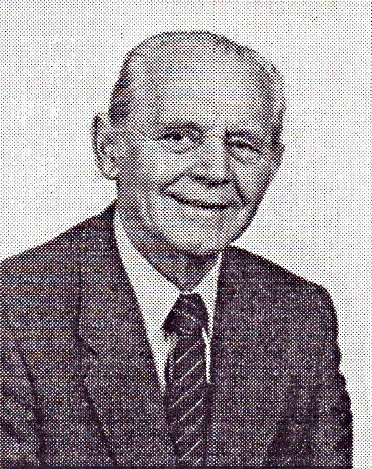 Bela H. Banathy is a researcher, educator, and author. A graduate of the Hungarian Royal Ludovika Academy, he has a masters degree in counseling psychology with post-graduate work in psycholinguistics at San Jos6 State University and a doctorate in education with a minor in linguistics from the University of California, Berkeley.
Until his recent retirement, he was Senior Research Director and Associate Laboratory Director at the Far West Laboratory for Research and Development, where he directed some fifty R & D programs and projects for two decades. During the 60s and 70s, he taught graduate courses and seminars at San Jose State University and the University of California, Berkeley. In the 80s he developed and directed the systems science program of the Saybrook Graduate School, where he is now Professor Emeritus. During the 50s he was on the faculty of the US Government foreign language program in Monterey, California, as professor and Chairman of the Hungarian Department, and in the 60s he was Dean of the East Europe and Middle East Division.
He is President of the International Systems Institute (ISI), a non-profit, public benefit scientific and educational corporation. A Past-President of the International Society for the Systems Sciences, he is now on the Board of Trustees of that society, and chairs its Commission on Education. Since 1981 he has served on the Board of Directors of the International Federation of Systems Research, and he is now President of the Federation. He is a founding member of the Evolutionary Research Group and a Fellow at the European Academy for Evolutionary Studies.
He is on the editorial boards of three international journals: Systems Research, World Futures and Systems Practice, and is a regular columnist of Education Technology. Over the last three decades he has chaired numerous conferences of various national and international professional societies. Since 1982, he has coordinated over twenty international systems research conferences held in eight countries, including the 1994 Fuschl conversation. He has authored several books, numerous chapters in books, and over one hundred articles and research reports. Over the years, he has edited a number of compendia and conference proceedings and special issues of journals. During the last decade, he has focussed his research and publications on the comprehensive design of social and educational systems.
By Gerhard Chroust