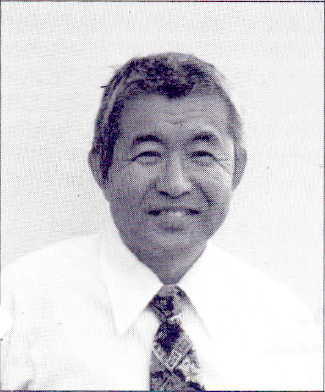 Magoroh Maruyama
Aoyama Gakuin University
Tokyo 150, Japan
In the process of conversion to free market systems, tried-and-proven methods of Western firms, such as giving workers bonuses and shares of company stock, have been transplanted to Eastern Europe. In many cases they have not produced the expected results, however, since the conditions prevailing in the Post-Socialist world are considerably different from those in classical Capitalist countries. Some examples will be discussed below.
Bankruptcy Game
In free-market countries, allowing workers to become shareholders often enhances their productivity. In the East, however, it has triggered a bankruptcy game; employees intentionally reduce their productivity so that the stock will become cheaper. So do managers who want to or are required to buy stock, and even foreign firms that are engaging in joint ventures with state-owned ones.
Subverted Bonuses
Some Hungarian firms used bonuses to enhance productivity, but for several reasons this approach has proven unsuccessful. First of all, the money was distributed equally, and not on the basis of merit. Besides, managers sometimes withheld a part of the bonus fund to pay workers for special services. The ensuing secret negotiations often led to suspicions and resentments.
Individual Performance Evaluations
Eastern European employees hate written performance records because they remind them of former secret police methods. Besides, at least in Hungary, the evaluations are manipulated. For example, a retiring person might be given a better grade so that he will receive a higher pension. This is even explained to the other workers, who willingly go along with the deception.
Inactive Savings
In Hungary, the interest rate has exceeded the inflation rate, and has even gone up to 35%. Although this did lead to an increase in domestic savings, the deposits remained inactive and little money has been available for investment. Besides, in order to stimulate imports the government has refrained from adjusting the foreign currency exchange rate to current inflation levels. Foreign firms have been taking advantage of this situation by depositing large amounts of money in Hungary and collecting the interest on them. Thus, although the Hungarian balance of payments is statistically excellent, the level of investment is low.
Nonproductive “service” industry
Although some new businesses have emerged in Eastern Europe, a large proportion of them are in the service sector. It is more profitable to move goods back and forth than to produce them, and besides service enterprises do not require much investment. Therefore the development of the economies in the former Soviet Block has been rather lopsided. The transformation from Communism to a free-market economy in Eastern Europe is an unprecedented situation. Various “surefire” survival strategies that have been tried out have unfortunately proven unsuccessful. Policy makers and business planners must understand the reasons for these failures if they are to adapt effective measures.
That is the challenge for the future.
By Gerhard Chroust