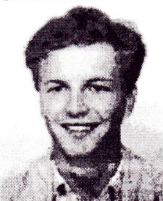 Paul Grunbacher
lnstitute of Systems Sciences
Johannes Kepler University Linz
Altenbergerstr. 69, 4040 Linz, Austria
Empirical studies prove that typical software engineers are spending between 30% and 60% of their working time communicating with the members of the development team. The development of software is therefore a highly social activity involving frequent interactions between the members of the development team. Adequate group support is thus a real need for efficient engineering.
The notions of CSCW (= Computer Supported Cooperative Work) and groupware have rapidly become catchwords in recent years [2]. The term groupware stands for software products augmenting group work with support for human collaboration techniques such as making commitments, performing negotiations, signing contracts and making team decisions. CSCW is the scientific discipline covering the design and validation of groupware.
While traditional software systems support the interaction between a single user and the system, groupware aims at providing support for work groups and teams. We can describe a groupware system as a synchronizer of activities performed by multiple agents, as an administrator of artifacts and group rationale and as a communicator of communication acts between the different agents in the system.
Present software development environments (SDE) t1l do not contribute to support the cooperative nature of software development. The integration of valuable CSCW concepts should thus be considered in order to make a SDE a platform for human cooperation and interaction. Two areas seem to be especially in need of groupware support:
Group Rationale Capturing: Often it is very useful to be able to later recall the actual reasoning which has gone into a specific group decision. Rhetorical models for the tracking and storing of discussions and decisions with graphical notations like e.g. DRL (=Decision Representation Language [3]) provide a valuable means for capturing and archiving group processes. An SDE’s configuration management component could be enhanced to serve as an administrator of group rationale.
Communication Support: Necessary communication, e.g. between developers and quality assurance persons could be modeled. Such conversational models, e.g. like speech act theory [4], provide a theoretical framework which could serve as the foundation for modeling conversations of this kind and allowing an enactment of these models for the purpose of project control.
References:
[1] Reference model for frameworks of software engineering environments.- Technical report, European Computer Manufacturers Association, ‘t993.
[2] C.A. Ellis, S.J. Gibbs, and G.L. Rein. Groupware – some issues and experiences.-Communications of the ACM, 34(1), 1991.
[3] J. Lee, K. Y. Lai. A comparative analysis of design rationale representations.-Technical report, MlT, Center for Coordination Science, CCS 121 , 1 991 .
[4] T. Winograd. A language/action perspective on the design of cooperative work.- ln: Proc. of the CSCW’86 conference, Austin, 1986.
By Gerhard Chroust