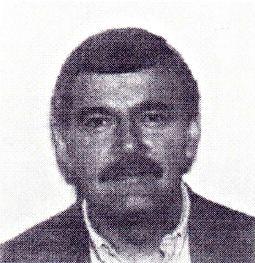 B. Antal Banathy
lnternational Systems lnstitute
Saybrook lnstitute
38 Seca Place, Salinas, CA 93908 USA
How should we go about designing social systems in the information age? Let me stimulate discussion with a metaphor that presents an unusual view of what a design should be, in informationalterms. A design is an informational container in which life can organize itself. Our job as designers therefore is to build such informational containers.
These containers are woven from three different types of informational strands. The first must account for the system as it really exists; this strand is information-as-action, we will call it referential information The second strand must convey some description of what
the system is (or is to become); it takes the form of information-as-knowledge, we will call it non-referential information (Csanyi, 1989). The third strand can be used to lend stability, to impose a-priori conditions (state determination) on either or both of the previous aspects; it is a means of control, we will call it state – referential information (Banathy, 1 995).
To get an (over-simplified but) intuitive understanding of the three information types, think of referential as experienced, nonreferential as observed, and state-referential as pre-planned information.
All three types of information come into play during the process of evolution. Csanyi, in his study of evolutionary processes, has found ample evidence suggesting that living systems evolve in a most dynamic and creative way.
Evolution takes place by continuous replication. Replication is shaped by a charter (functional information) that is influenced by non-referential information in the environment. The functional information specifies what the system must do in order to remain a viable part of the “bigger scheme of things”, the larger systems in which it is contained. So, in order to secure a meaningful existence for itself, the system reaches-out for informational clues that guide its replication.
As replication takes place, the components of the system organize themselves in such a way that the functions (in the charter) are provided; given the capabilities of the components, and the conditions present in the environment. So, the (partly) non-referential information in the charter is reborn in the referential informational processes of the components. Only the purposes (functions), and not the details of the rebirth are specified in the charter. This leaves plenty of room for creative dynamics.
Nature’s evolutionary pattern seems to be working in a way that makes both components and the environment to sources of change. How do we humans cope with such change? There is considerable evidence that at the earliest stages of human evolution symbolic objects were used to “control and guide” social behavior (Csanyi, 1989). Since that time we have been perfecting symbolic control. This is where state referential information comes into play, culminating in the industrial-machine-age and its bureaucracies.
Unfoftunately state-referential information cannot fully account for either non-referential or referential informational processes in living systems. Furthermore, non-referential information cannot fully account for referential informational processes (Rosen, 1991; Kampis, 1991; B. A. Banathy, 1996). The informational strands of the container in which life can organize itself have very specific “containment” relationships to each other.
We should not be surprised by Vickers’ (1983) remark that “Stability, even more than change, demands to be explained, aspired to and regulated.” lf we try to hold living systems in purely state-referential containers, the creative dynamics will spill on the floor and create a complete mess. This is where we are today.
It seems to me that in social systems, “stability” lies in the creation (restoration) of competence in individual human beings, coupled with a relaxation of the “brakes” on natural evolutionary processes. The implication is that we should not force a system to become what we want it to be (not even a brand new one). We should allow it to evolve into what it can become. The difference is vast. In the first instance, our specifications form the upper limits of the system’s behavior; this is the way we design computer based systems. In the second instance, our specifications serve as the foundation upon which the system designs itself – a privilege of being alive.
As designers we have three mandates, all relating to B. H. Banathy’s (1989) notion of evolutionary guidance. First, we must ensure that functional information is (continually) articulated and accepted as the basis for social organization. Second, we must (continually) develop models that serve as guidance (templates) for organization. When appropriate, we should delegate the processes prescribed by these models to computer-based systems.
Finally, and most importantly, we must provide for healthy informational processes within organizations, where “health” hinges on nonreferential to referential transformations at all (sub)system boundaries. This is the type of transformation that knowledge workers of the future will be expected to do.
The design community of today has considerable competence in the first area. The second area draws benefit from both design and traditional scientific communities. The third area is related to the general human competence, with education.
Banathy, B. A. (1995). The 21st Century Janus: the Three Faces of Information. System Res., in print.
Banathy, B. A. (1996). Information Based Design of Social Systems. Behav. Science, in print.
Banathy, B. H. (1989). The design of Evolutionary
Guidance Systems, Systems Research, 6, 289-295.
Csanyi, V. (1989). Evolutionary Systems and Society, London, Duke University Press.
Kampis, G. (1991). Self-modifying Systems in Biology and Cognitive Science, Oxford, Pergamon Press.
Rosen, R. (1991). Life Itself, New York, Columbia University Press.
Vickers. G. (1983). Human Systems are Different, London, Harper & Row Publishers.
By Gerhard Chroust