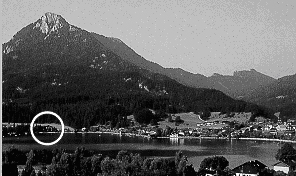 What is Fuschl and the Hotel Seewinkel?
Fuschl is a beautiful, romantic little Austrian village on a small lake in lovely Salzkammergut, near Salzburg. It is surrounded by mountains of approx. 1600m height, see also
www.fuschlseeregion.com/de/orte/fuschl.shtml
The Hotel Seewinkel was the starting point of the “Fuschl Conversations”. Then a small inn it now has become a beautiful hotel.
Why conversation and what form do they take?
The main reason for conversations as initiated by the IFSR was a dissatisfaction with the conventional style of a conference: An individual writes a paper, has 20 minutes to present it and then 10 minutes of questions. After that the conference is virtually over for the individual. Clearly, this format is not the most effective way to progress the exchange and development of ideas on pressing major issues.
The experience we will have during the week at Fuschl is of quite a different nature. It is in the form of a conversation. Bela Banathy characterized a conversation as follows:
A Conversation is:

At Fuschl we will spend 5 days in intense discussion around our chosen themes and triggering questions. A major concept of a conversion is its being a process engaged in by self-organized teams who select their own theme for their conversation
The theme is initiated in the course of a preparation phase, that leads to the intensive learning phase, i.e. the 5 day conversation itself.
The teams follow a set of conversation rules that guide their action (they generate their own rules during the initial stage of the conversation). They document and share their findings and prepare a team report, and reflection papers that present their own findings. The IFSR will publish the proceedings.
Members take the message of their experience with them and apply what they have learned in their own contexts of life. The conversation process never ends.