IFSR Newsletter 2005 Vol. 23 No. 1 December
The First International Congress of the IFSR took place from Nov. 14 – 17, 2005 at the Kobe International Convention Center, Japan.
The preamble of the Call for Papers stated:
A knowledge-based, technology-supported society is the key to solving current problems of mankind. The ability to understand and manage a complex, dynamic knowledge society of the future and the overall systemic framework supporting it is vital. Systems Sciences carry the promise of promoting the creation, management, exchange, integration, and application of knowledge by applying holistic / systemic paradigms and principles. Systems Sciences provide a basis for balancing the divergent needs and interests between individuals and society worldwide, between ecology and economy, between nations of various levels of development and between differing worldviews. They enable us to understand the conflict potential, to search for suitable policies, to harness complexity, and to provide adequate methods and technological tools for their resolution. The guiding themes of this congress are the new directions, challenges and roles for Systems Sciences and their potential beneficial impact on an emerging knowledge society. 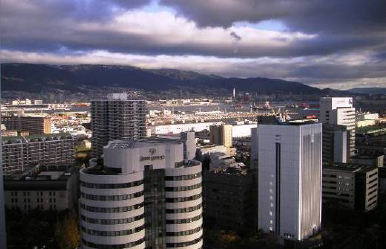 It was a very ambitious undertaking: it was the first of its kind and therefore we did not have some established clientele expected to come, the preparation time was rather short and communication was hampered by large time differences (8 hours between Japan and Europe and additional 7 hours between Europe and the USA). But the Congress was an even greater success than was expected. 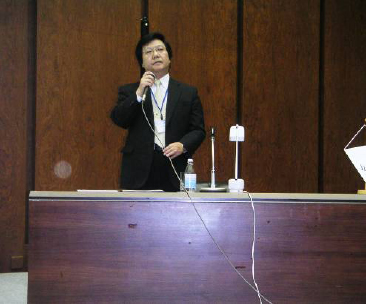 It was also a wonderful surprise for many people outside of Japan to learn about the depth of research and the breadth of support in systems work taking being provided in Japan.
Jifa Gu
President of the IFSR 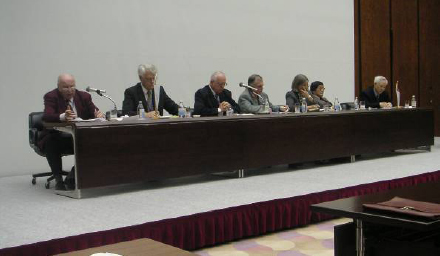 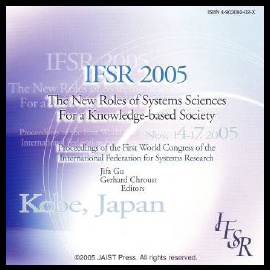