IFSR Newsletter 2006 Vol. 24 No. 1 November
W. Ross Ashby (b. 1903, London, d. 1972) was a psychiatrist and one of the founding fathers of cybernetics. He developed the homeostat, the law of requisite variety, the principle of self-organization, and law of regulating models. He wrote Design for a Brain (1952) and an Introduction to Cybernetics (1956).
The commemorative lecture, sponsored by the International Federation for Systems Research (IFSR), is held every second year on the occasion of the EMCSR-Conference in Vienna. 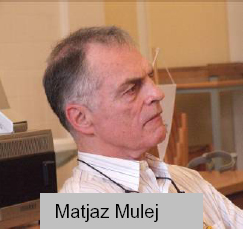 Matjaž MULEJ
Vice-president, International Federation for Systems Research,
Professor Emeritus (Systems and Innovation Theory)
University of Maribor
Faculty of Economics and Business
SI-2000 Maribor, Slovenia
mulej@uni-mb.si
Papers to conferences, even on systems and cybernetics, show that many leave aside Bertalanffy’s (1979, p. VII ff.) intention: systems theory is a worldview of holism and it attacks over-specialization; it is not one of many specialized disciplines of science; methodologies and methods should support holism. But what is holism?
The growing, immense quantity of humankind’s knowledge causes unavoidable narrow specialization of individuals to one of about one hundred thousand professions of today. Each and every profession exists with full right. But they work on partial attributes: if knowing and using parts alone rather than wholes was enough, sodium alone and chlorine alone could be used for food rather than edible salt, which they compose in synergy.
Voices warning about the problem of oversights, one-sidedness, and their consequences were around millennia ago, too, such as Chinese philosophy of interdependence (yin-yang), Ancient Greek philosophy of interdependence (dialectics), and concepts of systema and holon meaning the whole, similar ideas from Middle Ages period, and the 19th century’s Idealistic and Materialistic Dialectics, etc. They remained over-heard and neglected, given a very cool reception in the arena full of many specialists of different professions (having a lot of good and precious work to do inside their own delimited gardens), who have not seen that their precious work is not enough: it leaves interaction aside and makes specialists a tool in hands of coordinating bosses.
Attitude and capacity of holism by interdisciplinary co-operation is foreign to very many, even most of them. So is ethics of interdependence: we need each other for differences, be them natural, ethnic, professional, etc. They should not be overseen or called problems, but enrichment. Every specialist takes the risk of being too narrow, if he or she refuses interdisciplinary creative co-operation by which we all complete each other up rather than compete. Many methods concerning cooperation are offered: many people keep having hard times when asked to be holistic. One-sidedness is easier, but helpful to a limited extent only, even if it provides for depth.
A good half a century ago, right after the end of World War I – World Economic Crisis – World War II (1914-1945) period, scientists like L. v. Bertalanffy (LvB), N. Wiener and their colleagues found a new response to the terrible consequences of one-sidedness visible in events of this period, again: holistic rather than fragmented thinking, decision-making and action. They established two sciences, growing into one in the course of time, gradually and more or less, to support humankind in the effort of meeting this end – holism – which is a promising alternative to the worldwide and local crises: Systems Theory and Cybernetics. System was and is the word entitled to represent the whole. One fights one-sidedness in order to survive. LvB wrote very clearly, on page VII of his Foreword to his seminal book “… systems theory is a broad view which far transcends technological problems and demands, a reorientation that has become necessary in science in general and in the gamut of disciplines … It … heralds a new world view of considerable impact. The student in »systems science« receives a technical training which makes systems theory – originally intended to overcome current overspecialization [bold face mine] into another of the hundreds of academic specialties. …« (LvB, 1979, p. VII). »It presents a novel »paradigm« in scientific thinking … the concept of system can be defined and developed in different ways as required by the objective of research, and as reflecting different aspects of the central notion.« (Ibidem, p. XVII) … »General systems theory, then, is scientific explorations of »wholes« and »wholeness« which, not so long ago, were considered to be metaphysical notions transcending the boundaries of science.« (Ibidem, p. XX) … ».. »Systems« problems are problems of interrelations of a great number of »variables«.« (Ibidem, p. XX) .. ».. models, conceptualization and principles – as, for example, the concept of information, feedback, control, stability, circuit theory, etc. – by far transcend specialist boundaries, were of an interdisciplinary nature..« (Ibidem, p. XX). Another quotation (LvB, 1979, pp. XXI-XXII) says that systems are mental pictures of real or abstract entities, concepts that represent something existing from a selected perspective / viewpoint / aspect.
Inside an authors’ (expressed or tacit) selected viewpoint, one may put system equal to object dealt with; but in such a case one risks misunderstanding with one’s audience, especially the one from other professional backgrounds. Therefore, when specialists of any profession (which we all are) use the word system to express something that we perceive as a whole inside our own selected viewpoint – it makes a system fictitiously holistic. Why is this important? There are scientists attempting to say that their discipline offers the only unique and unifying basis for dealing with systems. They do not speak of worldview, like LvB does, but of professional disciplines. Can they be right? Yes, in their perspective. Can they be sufficient? Rarely, exceptionally: one-sidedness is unavoidable, but beneficial and dangerous, all at the same time; every human must unavoidably be specialized in a fragment of the immense huge given knowledge of today. Alone, though, it can do much less benefit than in cooperation / network of mutually different specialists (e.g. a management team, a doctors/nurses/etc. team, a professors or teachers team, a sports team, a trainers team, etc.). Networking of mutually different one-sided insights can help us overcome the weak sides of a narrow specialization, and use the good ones. Thus, humans need a narrow specialization and (!) capacity and practice of systemic / holistic thinking. But there seems to be a lot of disagreement what holism may be all about. My response is a complex entity in Figure 1.

Figure 1: Dialectical system of four basic attributes of holism of thinking
Total holism cannot be attained; one-viewpoint holism is fictitious. This is what we have addressed with the concept of the dialectical system (e.g. see Fig. 1) and the Mulej/Kajzer law of requisite holism (Fig. 2).

Figure 2: Holism of consideration of the selected topic between the fictitious, requisite, and total holism
Most – if not all – successes in history of humankind, such as survival of humankind over many millennia, modern equipment, most modern knowledge, etc. have resulted from application of requisite holism. Take a look at the background of your (and others’) best successes, all over the human history, and you will see it: success has its background in requisite holism, and failure has it in one-sidedness and resulting oversights.
The best way toward making the requisite holism attained to an acceptable degree is the interdisciplinary co-operation. But it is neglected even inside the systems community, conferences and journals say. Hence, we can maintain that our dialectical system of principles of systems thinking – as an attribute and attitude, rather than as a profession – makes sense (Fig. 3). But it lives in a small minority rather in all the systems science community, or in broader circles: it addresses and admits complexity rather than simplification (but it does so because oversight of complexity by over-simplification causes complex and complicated consequences, including world wars). Systems theory, taken as methodology, should support the attitude/principles in the left column of the Figure 3 and fight the right column. Results are helpful anyway, I trust, but might be even more so, if authors had more of the Figure 3 (left column) in mind.
Humans using the left column in Figure 3 are working toward preventing terrible events such as World Wars from happening again. Thanks a lot for these extremely valuable efforts!
They prove that LvB has been right saying: Systems thinking is a worldview, not a profession. In other words: systems thinking is a matter of education, values, culture, ethics, norms of behaviour, added to any single professional knowledge; it can receive support from methodological contributions – once they do not go away from requisite holism toward one-sidedness, toward fictitious holism. Which level of holism is the requisite one in the concrete case, is a matter of authors’ decision and responsibility: this decision can make them succeed or fail, do good, or do harm. But there are very few interdisciplinary conferences around, such as Problems of … (no longer), STIQE (since 1992) and IDIMT (since 1993).

Fig. 3: The Basic Seven Groups of Terms of Systems versus Non-systemic Thinking