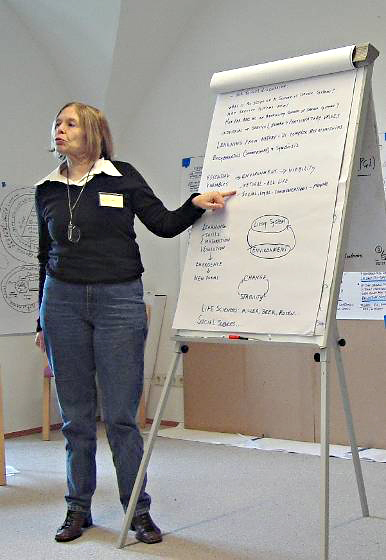 2.1 Through which processes will novices / beginners best learn about service systems?
Service systems often involve technologies, and always involve human beings. Individuals commonly have roles as customers or recipients from service providers, and thus gain a perspective when each is an actor external to a service system. Co-producing a single outcome is, however, different from taking responsibility for coproducing or designing a service system that will operate effectively for multiple customers and/or service providers in cooperation. Becoming involved in the design of a service system drives the need for a deeper understanding of constituents and tradeoffs.
The practical appreciation of human practices is often gained through experience. While anthropologists are skilled at observing cultures at work, learners hands-on to a service system may have the option of assuming the identity of a service provider — at least briefly — or shadowing an experienced professional in his or her natural world. A phenomenological engagement includes prior expertise, proficiency with tools of the trade, and working styles with colleagues and customers.
In structured pedagogical methods, experience-oriented approaches, such as Problem-Based Learning, can provide a setting for productive engagement. To emphasize the complexities of working in a service system, a study involving three or more actors develops the appreciation multiple perspectives. While field studies require planning, students with initiative should have access to service systems within their lives, e.g. a dentist (including patients and payers), or a public service (e.g. a city department with citizens and labour unions).
2.2 How do the systems sciences help in learning about service systems?
The systems sciences provide a common language that can help bridge the many varied aspects of the world. Perspectives can include individual, organizational, technical, economic and political aspects. While the science of service systems is continuing to evolve, clarity in basic concepts (e.g. function, structure and process), models (e.g. living systems, inquiring systems) and methods (e.g. dialogue) provide a general body of knowledge that can be specialized as the discipline and subdisciplines become established.
The value of knowledge in the systems sciences after the domain of service systems has been well established may diminish when conventional wisdom has been established, but the systems sciences can always provide a critical view that continues to sweep in new perspectives if the discipline becomes too inwardly-focused.
2.3 How is the approach to service systems different from prior approaches to education?
In systems thinking, synthesis precedes analysis, where (i) the whole in which the part is contained is identified, (ii) the behaviour or properties of the containing whole are explained, and (iii) the behaviour or properties of the part is explained in terms of its role or function in the containing whole (Ackoff 1981). Accordingly, a service system should be viewed not just reductively, but as part of a larger system. The service system is part of a larger world.
Following this systems perspective, learning should develop an appreciation of the functions or roles of a service system in the expanded contexts before taking them apart. This suggests that learning should emphasize synthesis before analysis. Both synthesis and analysis are important. Developing an intuitive appreciation of a service system in its containing whole should be prioritized earlier with continuing refinement and depth, rather than integration only as a final activity (e.g. in capstone projects or units). The relationships and interactions within the containing whole for a service system can be more complicated than those inside.
3. Models of service systems: How do we understand and describe service systems?
Models can range from the informal and implicit to the formal and rigorous. Models of service systems are represented from person to person as ways of conveying conceptual phenomena on negotiations, designs and operations. Understanding and describing service systems raises questions about (i) the scope and purposes of modeling; (ii) transitions and alignment of models across a variety of disciplines or professions; and (iii) how these types of models might be different from others.
3.1 What should the model deal with? For what purposes to we model service systems?
While realists would philosophically argue that a service system can be objectively modeled, human involvement can lead to issues where one’s perception becomes his or her reality. Thus, effective models of service systems need to appreciate that the breadth of a variety of perspectives — as views, lenses or template — may be as important as the depth of a single analysis.
The purpose of a modeling a service system varies according to context. Developing a new service system calls for models that reflect understandings of the needs and preferences of service cocreators and designers towards a converged concept. Practicalities of feasibility and viability lead to models in which service trade-offs are considered and resolved. A service system in operation may benefit by an abstract model through which improvements and extensions are envisioned. 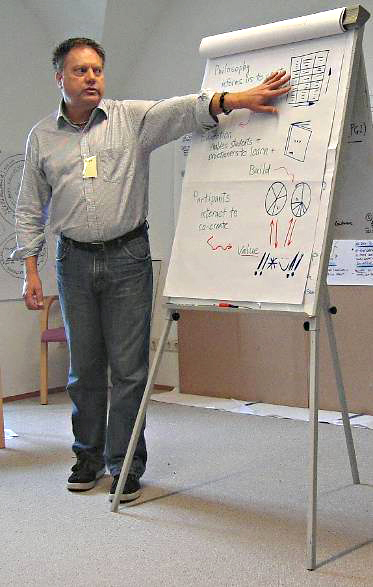 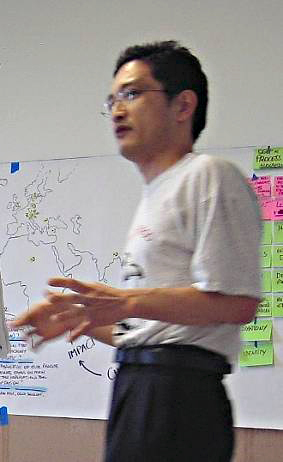 5.1 Why would we need a philosophy of service systems?
In the absence of a science of human practice, we may incorporate inductive, abductive and deductive approaches to appreciating, designing and constructing service systems (Ing 2009). We may know how to design and operate service systems, but the why, when and where may not be so necessarily taken for granted.
5.2 What shifts in philosophy might be associated with a service systems approach?
Service systems now operate in new levels of complexity in dealing with transnational societies, global businesses and new technologies that were only science fiction a few decades ago. Cultures need time to absorb those changes, and many people will experience friction as they maintain traditions and prior practices, either as preferences or as anachronisms out of step with the advances in civilization.
5.3 What is the scope of a philosophy of service systems?
The presumption that service systems should serve is sometimes lost. The aesthetics, morals and ethics of service systems are foundational questions that should continue to be explored and challenged.
6. Continuing inquiry
The conversation on a science of service systems at Pernegg in April 2010 provided the research team with a richness of contemplative time to advance our collective thinking. In July 2010, an overview of research interests and orientations was presented in a panel at the INCOSE International Workshop in Chicago, and a preliminary digest of the Pernegg conversation was outlined at ISSS Waterloo 2010. The learning on a science of service systems continues.
References
Ackoff, Russell L. 1981. Our Changing Concept of the World. In Creating the Corporate Future: Plan or Be Planned For, 3-24. New York: John Wiley and Sons.
Bosch, O.: Proceedings of the 53rd Annual Meeting of the International Society for the Systems.
Haeckel, Stephan H. 1999. Adaptive Enterprise: Creating and Leading Sense-and-Respond Organizations. Boston, MA: Harvard Business School Press.
Ing, David. 2009. Envisioning Innovation In Service Systems: Induction, Abduction and Deduction. In Proceedings of the 53rd Annual Meeting of the International Society for the Systems Sciences. Brisbane, Australia.
Novani, Santi, and Kyoichi Kijima. 2010. Value Co-Creation Model of Service Innovation: Symbiotic Hypergame Analysis. In Proceedings of the 54th Meeting of the International Society for the Systems Sciences. Waterloo, Canada. http://journals.isss.org/index.php/proceedings54th/article/view/1378.
OECD. 2000. A New Economy? The Changing Role of Innovation and Information Technology in Growth. http://www.oecd.org/document/62/0,3343,en_2649_34273_2675198_1_1_1_1,00.html.
OECD. 2007. OECD Science, Technology and Industry Scoreboard 2007: Innovation and Performance in the Global Economy. http://www.oecd.org/document/10/0,3343,en_2649_33703_39493962_1_1_1_1,00.html.
Ramírez, Rafael, and Johan Wallin. 2000. Prime movers: define your business or have someone define it against you. Chichester, England: Wiley.
Spohrer, Jim, Paul P. Maglio, John Bailey, and Daniel Gruhl. 2007. Steps Toward a Science of Service Systems. Computer 40, no. 1 (January): 71-77. doi:10.1109/MC.2007.33. http://dx.doi.org/10.1109/MC.2007.33.
Spohrer, Jim, Stephen L Vargo, Nathan Caswell, and Paul P Maglio. 2008. The service system is the basic abstraction of service science. In Proceedings of the 41st Annual Hawaii International Conference on System Sciences. HICSS, 104. doi:10.1109/HICSS.2008.451. http://doi.ieeecomputersociety.org/10.1109/HICSS.2008.451.
By Gerhard Chroust