During the ISSS Conference 2017 in Vienna, Gerhard Chroust, the Secretary General of the IFSR, had the honor of presenting  memorial plaques to 3  members of the past Executive Commitee for their leadership and contributions!
In the name of all its member societies the IFSR wants to thank these persons for their effort, energy and devotion. The IFSR cannot thrive without personalities of these qualities!
Gary S. Metcalf:   Vice President  2000 – 2010  and President 2010 – 2016
Stefan Blachfellner:  Vice President 2012 – 2016
Nam  Nguyen:  Vice  President 2014 – 2016 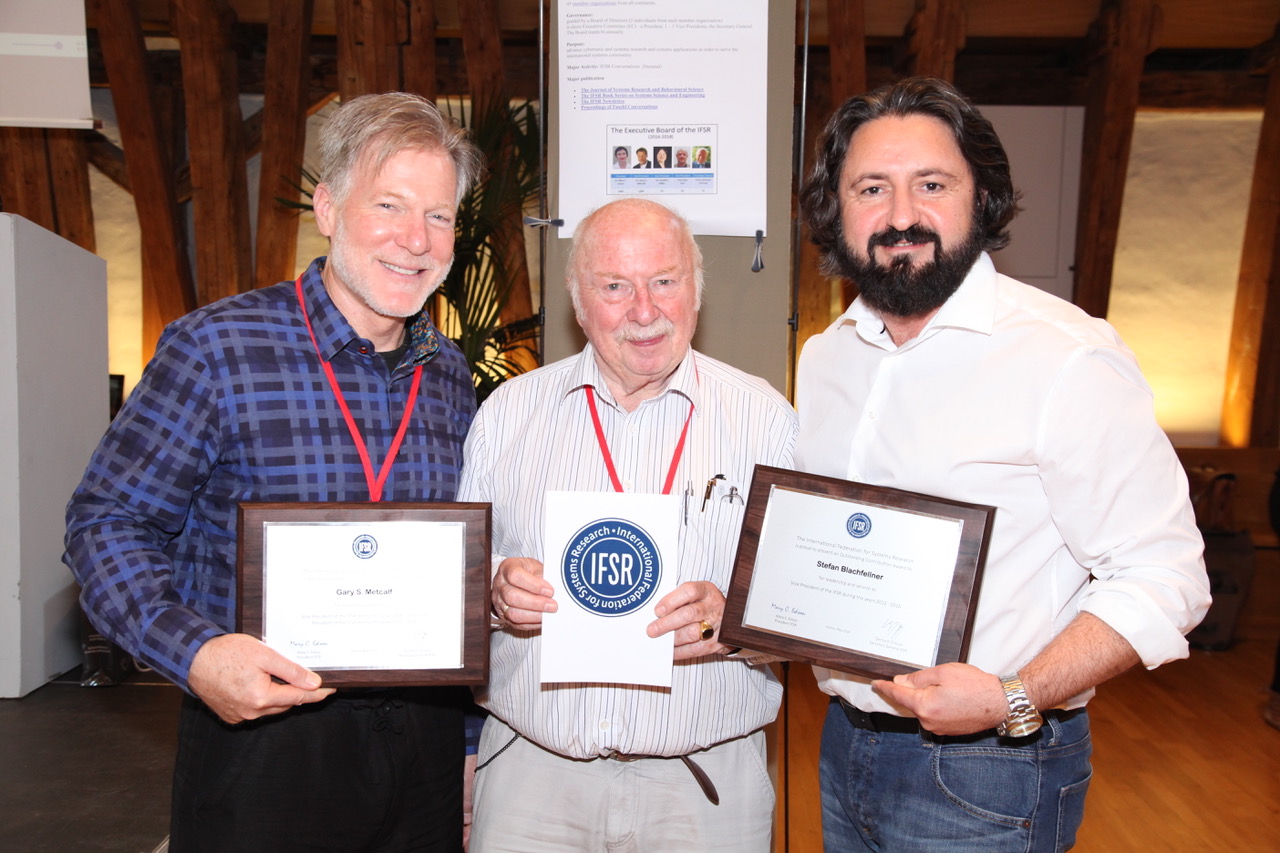 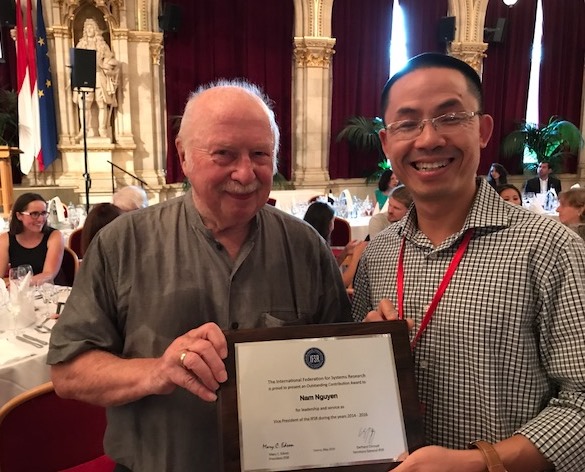