IFSR Newsletter 1988 No. 2 (18) June-July
FRANZ PICHLER
Under the auspices of the University of Linz Institute of System Science the Cast Workshop 1988 was held at the Haus Waldheimat, Gallneukirchen. Upper Austria from 11-13 April 1988. It was sponsored and, to a substantial extent. financed by the IFSR. 24 participants from Austria (8), the Federal Republic of Germany (8), the German Democratic Republic (2), Hungary (1), Poland (3) and the USA (2) attended. They heard sixteen lectures on various areas of CAST research. Three discussion groups were also formed and there was a plenary meeting concerning the planning of future CAST-conferences. In the following report I would like to summarize the results of these four special sessions.
1. CAST-THEORY GROUP CHAIRED BY FRANZ PICHLER, L1NZ, AUSTRIA
Today many people are professionally involved in systems theory; a large body of literature (books and other documentation) concerning this field already exists. The users are adherents of various applied disciplines; very often they are engineers. We must, however, acknowledge that at present there is a gap between the theory and its applications The degree of acceptance of systems theoretical methods in practical engineering is still low; only a few of the most important ones are currently being used. With CAST we are trying to encourage the increased employment of such methods by providing powerful and easy-to-handle computer implementations. 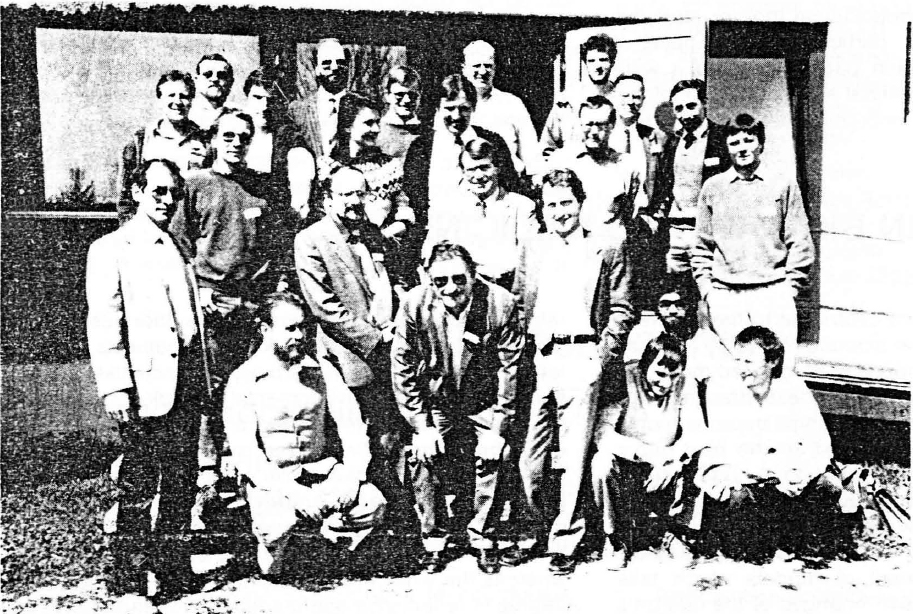 CAST deals with the building of Interactive method banks for the use of systems theory. To achieve this, one has to select the proper theories, construct frameworks of
CAST systems and specify their software and hardware requirements. The development of CAST is the task of systems theorists, but the support of software engineers is necessary if we are to avail ourselves of the full power of modern programming paradigms in its implementation.
The questions was raised as to whether CAST should be employed in practical or in theoretical systems research. Both kinds of application were considered advisable. In order to provide the best possible tools for users it was agreed that domain specific CAST systems should be implemented. These method banks should be coupled to domain specific CAD-software.
2. CAST IMPLEMENTATION GROUP CHAIRED BY PROF. ROZENBLlT, TUCSON, ARIZONA
In this group, the following questions were discussed:
– What should method banks which support systems theoretical concepts look like?
– What kind of support can expect from them?
– What languages/machines should we target as an implementation environment?
A CAST system is, generally speaking, a method bank for system analysis and system synthesis. Therefore it is necessary that we have:
-efficient methods for the specification of objectives, requirements and constraints,
-efficient methods; for the definition of systems
-system transformations for the computation of alternative system specifications and other possible represelltations (sequential machines, linear machines, Petri Nets, etc)
– methods for the simplfication and refinement of systems
– methods for the validation of systems
– methods for the evaluatio.l of systems which are analytical and make use of simulation,
The most important methods are:
-general methods for decompositions and model evaluation
– methods for transforming various alternative systems specifications.
The development of a proper marl/machine interaction should be a primary objective. It would be advantageous to develop graphical inputs (windows, mice, menus) and eventually natural language inputs/outputs. Any software/hardware implementation can, as a result of technological changes, become obsolete Therefore the search for standards is important Quite a few unwritten ones are being developed, sucn as UNIX, ULTRIX, X-Windows, Common Lisp, GKS etc CAST tools should be kept highly modular, expandable and structured, It was generally agreed that powerful, modern workstations and contemporary programming techniques (LISP, object Oriented methods) are the ones most suitable for CAST.
3. CAST APPLICATION GROUP, CHAIRED BY DR. JACAK, WROCLAW, POLAND
CAST software is intended to provide tools for building the functional (behavioral) architecture of systems, beginning at a high general systems level Therefore it should be applied prior to engineering development and implementation tools such as the CAD software for the structural and geometrical architecture An important aim of CAST research is to link CAST software tools to standardized CAD software such as that Installed In workstations.

4. PLENARY DISCUSSION ABOUT THE ORGANIZATION OF FUTURE CAST MEETINGS
We discussed the following topics:
-What is being done today in the field of CAST? Who are the individuals involved in all of these studies and how much money are they spending? It was generally agreed that everybody should continue to work on his own particular research and that it would not be advisable to form a single, universal CAST-project
-How should CAST implementations be distributed? Before arriving at a decision, we should consider the questions of standards.
– How can information (papers) be disseminated?
The workshop participants were in favor of organizing another. larger CAST-conference The purpose of that meeting is to bring together researchers from universities and industrial laboratories as well as individuals who are Interested in applying the results of CAST-studies to particular domains. It was proposed that EUROCAST’ 89, an international CAST-workshop, be held in May 1989 at Las Palmas, Canary Islands (Spain) It will be organized by Prof. Roberto Moreno-Diaz of the Polytechnical University of Las Palmas Persons interested in participating should contact:
Prof. Franz Pichler
Dept. of Systems Science
University of Linz
A-4040 Linz, Austria
Electronic Mail: K 3232901/ aearn, Bitnet
By Gerhard Chroust