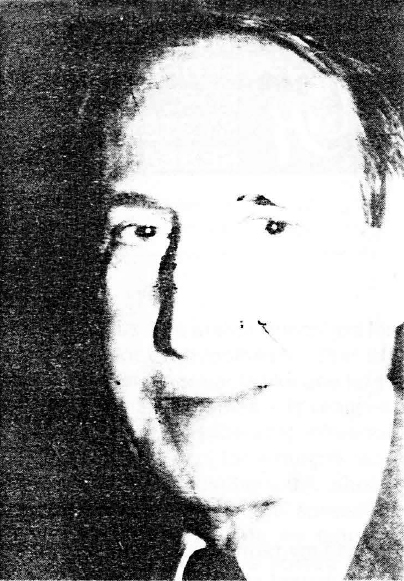 HAROLD CHESTNUT
The ninth European meeting on cybernetics and systems research In 1988 was the first conference I attended in which both of these disciplines were combined Therefore it provided me with fresh insights concerning the contemporary progress in these fields I was impressed by the willingness of the organizers to encourage presentations on a wide breadth of applications ranging from post-modern culture and art to artificial intelligence. biology and medicine, peace research. and parallel distributed processing. We heard the ideas of persons from countries of the East and ihe West. This is in keeping with the current world mood of openness and restructuring, glasnost and perestroika, and it enabled many viewpoints to be brought out. There was even a special exhibition. prepared by Prof Roy Ascott, on the subject “To Make the Invisible Visible”.
Typical of the changes that are taking place in the realms of equipment and systems is the advent of the much more extensive use of small personal computers and far-ranging communications networks: this is making possible the realization of new and heretofore unheard of computer and communication capabilities The role of the observer as a creative force for dynamically changing the system was emphasized. Since the kinds of results that can be produced from a system are strongly influenced by the tools available to the designer, people currently Involved in cybernetics and systems research can develop new and previously inconceivable systems that can interact with persons far removed from a human operator Although it would appear that many of the participants of EMCSR ’88 were from a university environment, more than a few of the papers were devoted to such topics as systems design, computer-aided systems theory, robotics and flexible manufacturing. Applications of cybernetics were described for a wide range of topics such as architecture, medicine and biology, social economic systems, and management.
Professor Robert Trappl and his organizing committee are to be complimented for the two volumes of “Cybernetics and Systems’ 88” containing over 1200 pages of printed text which were available at the beginning of the meeting of EMCSR ’88.
All in all I came away from this conference with the feeling that people working on cybernetics and systems research are today engaged in a wide range of activities. It would appear that the two year time cycle for this conference has been well chosen and fits the needs of its organizers, Its authors, its sponsors and Its attendees.
FACTS ABOUT THE MEETING:
The four plenary lectures were on:
By Gerhard Chroust