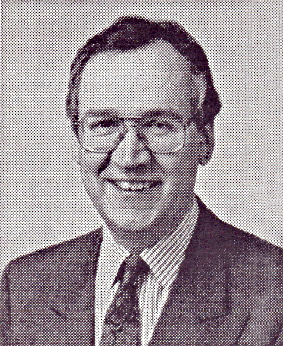 Michael C. Jackson
Michael C. Jackson, born 1951, is Professor of Management Systems and Dean of the School of Computing and Information Systems at the University of Humberside. After studying Politics, Philosophy and Economics at Oxford University, he spent 4 years in the civil service before returning to academic life. He has since studied and taught at Lancaster, Warwick and Hull Universities, and was appointed a full professor at Hull in 1989.
Professor Jackson enjoys diverse consultancy interests and has worked with many well known organisations. He also undertakes work for a wide range of community and non-profit-making organisations. He has held managerial positions as Head of Department, Chair of the UK Systems Society and Council Member of the Operational Research Society; and is currently a Dean of School and Vice-President of the International Federation for Systems Research. He has authored 2 Books (Creative Problem Solving and Systems Methodology for the Management Sciences, edited six others, is editor of the international journal “Systems Research”, has published over 70 articles in other learned journals, and has contributed chapters to several books.
From the IFSR Vice-President
I was pleased to be elected Vice-President of the International Federation for Systems Research. The growing significance of systems thinking, and the proliferation of individuals, groups and societies interested in the ideas, make it essential that we coordinate our efforts in order to have the maximum beneficial impact on organisations, communities and the societies in which we live. I intend to be an active Vice-President and I have two immediate ambitions.
The first of these is to rejuvenate “Systems Research”, the official journal of the IFSR. We owe a great debt to John Warfield, who originally established the journal, and to Gerard de Zeeuw, who has managed to keep it going in recent years without the support of a major publisher. I am pleased to say that I have been able to secure the future of the journal by negotiating a new ten year contract with the prestigious publishers John Wiley and Sons. Wiley have agreed to supply the journal to members of organisations belonging to IFSR for the reduced rate of $40 per subscription in 1995, 1996 and 1997. As long as we can build up subscriptions there should also eventually be royalties accruing to the IFSR from sales. I am to be first editor of the journal under Wiley and I would ask you to help relaunch Systems Research, and make it a success, by encouraging individuals and organisations to subscribe and by sending papers for publication to my address.
My second objective is to set up a network of active systems research groups as part of the IFSR. The aim would be to exchange ideas and information, develop joint projects and to co-operate on bids for funding to develop systems research. Activities would be publicised through the Newsletter and through Systems Research. If you belong to a systems research group and would like to join this network, please write to me.
M.C. Jackson
By Gerhard Chroust