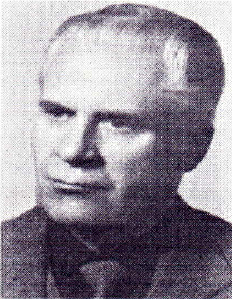 Prof. Mieczyslaw Bazewicz
President of the Polish Systems Society
Politecnical University of Wroclaw, Poland
Systems knowledge about methods and ways of systems perception of reality is an intellectual phenomenon of the cultural development of humanity in the 20th century. Reasoning by systems categories is becoming a kind of “master-key to the gates of knowledge” about the surrounding world. Systems science enriches the intellectual foundations of a holistic consciousness of the human being and contributes to an increase of efficacy of the synergy of his/her cognitive and decision making behavior. The term “system” can be metaphorically identified with a “focus” or “guidepost” which directs motivations or inspirations to shape the imagination and to assign values to perceived and evolutionary quantified images of reality.
The currently appearing symptoms of different kinds of conflicts stimulate the search for new approaches and paradigms of reasoning in recognizing neurophysiological and psychointellectual functions occurring in consciousness of the human activities. The appearance of this type of conflict is also proof of a lack of sufficient perception of natural relationships or a lack of intellectual openness (intelligence) of the human being with respect to the knowledge of different areas of science and epistemological methods.
The systemic vision of the world provides a higher level of general human knowledge concerning complex natural systems and their relationships to biological, ecological, sociological, economic and philosophical-cognitive sciences. ln shaping the vision and knowledge of a viable system, it is nec’essary to neutralize (reject) the influence of mental approaches resulting from a historical attitude in perceiving the world development’ by categories of continuity of states and transitions (occurrences of changes) of a physicalchemical character. The basic value of shaping systems sciences is the development and increase of the role of intelligence in the behavior of viable systems, in their association with the surrounding world, as well as in the increase of the cultural consciousness and perceptiveness in the transformation of the human behavior, categorized by ethics and creativity of the social evolution of the environment.
Cybernetics proposed by N. Wiener, and the theory of biological systems of L. von Bertalanffy, which were elaboraled in the 20th century, have started the worldwide science of complex systems. Systems sciences have inspired the development of a new intellectual and cultural current, deprived of any kind of disciplinary paftitions and reductionistic simplifications of the perceived fragments of reality. System sciences motivate the overcoming of consciousness barriers in recognizing the complexity of reality. They thus contribute to the foundation of the cultural evolution of the “systems movement”.
The systems movement already came to life already 40 years ago through assemblies and societies of interested scientists and practitioners. An important role in the development of this movement has to be attributed to the books and papers of Bela H. Banathy.
ln Poland, systems activities are carried out by the Polish Systems Society (PSS). The objectives of PSS’s activities include inspiration, support and provision of systems research and inquiry, formation of the development of systems education and culture, creation and development of systems methodology with an interdisciplinary scope, as well as the popularization of wide-conceived systems knowledge.
By Gerhard Chroust