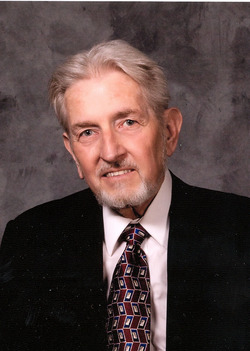 Gale Alden (G.A.) Swanson (Jan 12, 1939 – July 3, 2009 ) was an American organizational theorist, and Professor of Accounting at Tennessee Technological University, known for his accounting theories based on James Grier Miller’s general living systems theory.
Swanson was born in Lemmon, South Dakota. He received a BA with honors from Lee University, Cleveland, Tennessee in 1956[1], a MACT from the University of Tennessee Knoxville in 1971 and a Ph.D. from the Georgia State University in 1982. In his PhD thesis he had developed the outlines for a “general theory of accounting” which was largely inspired in Miller’s the living systems theory.
Since 1982 he was a Tennessee Tech Professor of Accounting at the department of Accounting and Business Law. Also he was serving on editorial boards of Systems Research and Behavioral Science, Systems-Journal of Transdisciplinary Systems Science, Journal for Information Systems and Systems Approach and International Encyclopedia of Systems and Cybernetics. Swanson is a former president of International Society for the Systems Sciences in 1997. He was founder of the Tennessee Society of Accounting Educators, and former council member of the TSCPA Educational Foundation.
Swanson received several awards. In 1989-90 he was awarded an Institute of Internal Auditors Research Foundation Fellowship, in 1991 a D.Litt. at the Oxford Graduate School, in 1997 a College of Business Administration Excellence in Overall Performance Award, and a College of Business Administration Foundation Award for Outstanding Research in 1987, 1993, and 2004.
He was actively teaching during the semester prior to his death, and retired from Tennessee Tech in early June, 2009. Swanson died July 3, 2009 in Cleveland, TN. (Wikipedia)
Everybody knew “G.A” (Gale Alden) Swanson and it is hard to believe that he is not any more amongst us!
For more details see the Obituary
Some personal memories by Deborah Hammond:

On behalf of the Board of Trustees of the International Society for the Systems Sciences, I have been asked to say a few words to honor the memory of GA Swanson, who passed away on the 3rd of July. I recently learned that his given name was Gail Alden, but he has always been GA to us.
On a personal note, I feel very fortunate to have known GA as a mentor and a friend, and I will miss him, as I am sure many of you will as well. When I think of the qualities that stand out, I will miss his humor and playfulness, his kind and gentle manner, and the bright twinkle in his eyes.
Even more, I think ISSS as a society will miss one of its most dedicated members. GA is someone who embodies the best of what ISSS stands for. As long as I have known him, he has worked quietly behind the scenes and helped to nurture the society through some of its most challenging times. It is not an exaggeration to say that, without the work he did in the late 1990s to get the society on a solid legal and financial footing, it would not be here today.
GA has also done more than anyone else to provide active guidance and support for the next generation of leadership. When I was nominated as president, he not only gave me support and encouragement, he made sure that I wasn’t going to do anything to jeopardize the future of ISSS.
So, I think we owe him a great debt. And ISSS represents only a small part of his contribution to the next generation through his teaching and research at Tennessee Tech. It is always hard to witness the passing of a great soul, especially at such a young age. I would like to ask you to join me in a brief moment of silence to honor his
memory. Thank you. We will miss you, GA.