Proceedings of the IFSR Conversation 2010, Pernegg, Austria
The History
A good half a century ago, right after the end of the dreadful period from 1914 to 1945 comprising World War I, the World Economic crisis, and World War II, scientists such as Ludwig von Bertalanffy, Norbert Wiener and their colleagues found a response to the terrible events that killed tens of millions of people: holistic rather than fragmented thinking, decision-making and acting. They established two sciences to support humankind in the effort of meeting this end, which is a promising alternative to the worldwide and local crises. These sciences were Systems Theory and Cybernetics. System was and is the word entitled to represent the whole. One fights one-sidedness in order to survive. Nevertheless every human must be specialized in a fragment of the immense huge knowledge humankind possesses today. Thus, one-sidedness is unavoidable and beneficial, too. But networking of many one-sided insights can help all of us overcome the weak sides of a narrow specialization. Thus, we all need a narrow professional capacity and add to it systemic / holistic thinking.
From this combination most modern equipment resulted, most modern knowledge in all spheres of human activity, solutions to environmental problems, etc. Most of the remaining problems can be ascribed to a lack of this combination, and there are many around that can hardly be solved without systems thinking and creative co-operation of diverse specialists. Our responsibility for the future obliges us to try to improve the current situation and not to leave an excessive burden to future generation.
The Founding of the IFSR
Since a system, in its general abstract definition, is more than its parts as well more than the sum of its parts, it was decided to interlink groups of system thinkers around the world and to try to find answers to some of the pressing problems of the world.
On March 12, 1980 during the 5th EMCSR-Congress in Vienna the then three important societies in the area of systems research, the Österreichische Studiengesellschaft für Kybernetik, the Systemgroup Nederland, and the Society for General System Research founded the International Federation for Systems Research The key persons were: Robert Trappl, George J. Klir, Gerard de Zeeuw. They became the first officers of the IFSR.
Strong support came from the then The Austrian Ministry of Science and Research in the person of Norbert Rozsenich gave strong encouragement and provided financial support. F de. P. Hanika accepted the responsibility of Editor-in-Chief of the Newsletter of the IFSR.
Aims and Goals of the IFSR
The constitution of the Federation states:
The aims of the Federation are to stimulate all activities associated with the scientific study of systems and to co-ordinate such activities at the international level by:

The first Board Meeting (June 1980) defined the Federation’s goals: 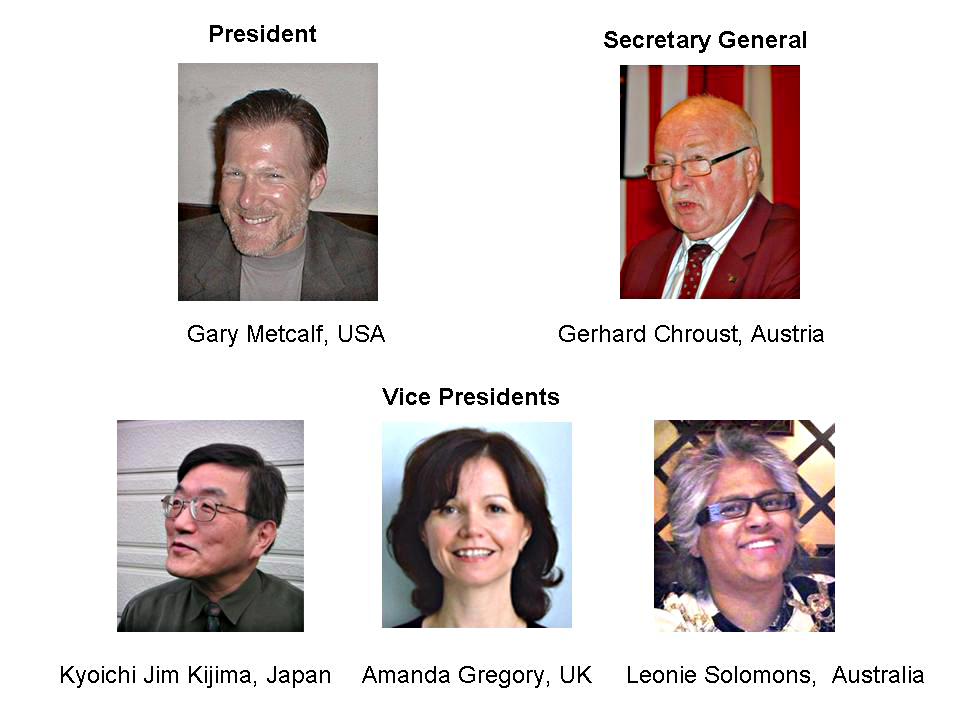 The 2010 officers of the IFSR, Proceedings of the IFSR Conversation 2010, Pernegg, Austria

Future Plans
More than ever Systems Sciences are seen as a basis for balancing the divergent needs and interests between individuals and society worldwide, between ecology and economy, between nations of various levels of development and between differing worldviews. The IFSR commits itself to increase its contributions answering the needs as expressed in its original aims and goals. Some new activities, in line with the needs and the challenges, have already been started: