IFSR Newsletter 2010 Vol. 27 No. 2 December
I am honored to be introducing this edition of our newsletter as the latest President of the IFSR. Having been a vice president and member of the Executive Committee, I recognize both the work and the responsibility which comes with this role. I am grateful for the support and work of my colleagues on the Executive Committee: Vice Presidents Kyoichi (Jim) Kijima, Amanda Gregory, and Leonie Solomons, and Secretary General, Gerhard Chroust, without whom the federation would simply not function.
This year saw a number of changes for the Federation. For the first time, the bi-annual Conversation (traditionally, the Fuschl Conversation) was held in a location other than Fuschl Am See. There are many important things about history and tradition. They provide grounding and a sense of continuity, and even security. There are dangers, though, in tradition for its own sake. The serenity of Fuschl Am See had not changed. The facilities which we were using, though, had for some years. With much regret it was decided that we should try a new location, in a renovated monastery, at Kloster Pernegg.
The new location brought both advantages and disadvantages. The quality and outcomes from the Conversation itself, though, did not suffer at all, due to the focus and diligence of those who participated. Plans for the 2012 Conversation are already beginning, with a new location in Linz, Austria. Details are still subject to discussion and member input.
Also new this year was the unveiling of the International Academy of Systems and Cybernetic Sciences (IASCYS, or the Academy). This is the result of an effort begun in 2003 by Matjaz Mulej, working with Jifa GU who was IFSR President at that time. Assisting Matjaz as President of the Academy, and GU as Vice President, are Ranulph Glanville, Vice President, and Pierre Bricage as Secretary General.
The inaugural members of the Academy were honored at its opening event, held at Sichuan University in Chengdu, Sichuan Province, People’s Republic of China. We owe many thanks to Jifa GU and to Sichuan University for their work and support in bringing that conference to reality – and also to the faculty and students who put in many, many hours of effort, and could not have been more gracious hosts. We look forward to the future growth and work of the Academy, and to many more nominations of new academicians from you, our member organizations.
Our greatest challenge as a federation is probably our sense of connection to each other. Web sites and digital means of communication of all kinds don’t, by themselves, create anything. They have generally caused more demands of immediacy on our time and attention, which tend to distract us from longer-term considerations. What brings most of us together is that different way of seeing the world – that different way of understanding – which is rarely shared by the world at-large. For that, we need each other. And for that, the world needs us. I ask for your cooperation in supporting each other as we move ahead. 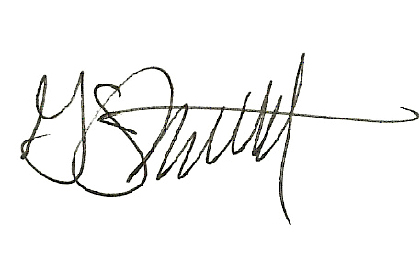