IFSR Newsletter 2010 Vol. 27 No. 2 December
On April 7, 2010 the General Assembly of the IFSR approved the founding of the International Academy of Systems and Cybernetic Sciences (IASCYS) together with the necessary documents like statutes , criteria for membership and the initial Executive Committee. It is a body of activity of the International Federation for Systems Research (IFSR).
Two IFSR Board Meetings – particularly the IFSR Board Meeting on 26 March 2008 in Vienna, Austria-, several sessions of the IASCYS Executive Committee (EC) (mostly by e-mail), and intensive discussions with many members of IFSR member associations around the world, and finally the deliberations of the first General Assembly at Chengdu, China, in October 2010 helped to formulate

Aims
IASCYS is aimed to honor and activate outstanding members of IFSR member-associations. While the traditional disciplines of science focus on their selected parts of the given reality of life and consider them from their more or less narrowly selected viewpoints, the systems and cybernetics theories and practices deal with a world-view of holism. Thus we tend to help humans to use requisite holism and attain the requisite wholeness and thus to cover the left-aside empty spaces between the spaces covered by individual (and not co-operating) traditional sciences. Systems theories and cybernetics, in both theory and application, attain this mostly, although not in all applications of systemic and cybernetic principles, by enabling interdisciplinary creative cooperation leading to insight into synergies and mastering of the processes and attributes of the given reality of life that the traditional sciences fail to cover. Thus, the otherwise resulting oversights tend to be replaced by new insights. This effort and its success tend to help humans as individuals, their organizations of any kind, and the entire humankind to attain more or even requisite holism of behavior, made of monitoring, perception, thinking, emotional and spiritual life, decision making, communication, and action, and therefore to attain more success and well being.
Nobody can apply for membership in IASCYS as an individual, but every member association of IFSR, can suggest candidates in an official letter supllying all official data on the candidate’s scientific and professional achievement in accordance with the criteria of the IASCYS. Data about IASCYS academicianas shall be published on the IFSR web-site.
Motivations
IASCYS fills in the gap resulting from the failure of national and international academies of sciences and arts or learned societies (as British name this kind of organizations) to include systems and cybernetic sciences in their list of sciences and arts supposed to have their outstanding professionals included in academy membership. This situation makes systems and cybernetic sciences second class, although their contributions are enormous and backing many achievements in other sciences and real life practices.
The major reasons to establish IASCYS are the following ones:

Intentions
In order to honor the most distinguished S&C professionals and simultaneously to promote the systems thinking world view of holism, each year during a ceremonial assembly, could take place the delivery of the Bertalanffy/Wiener medal of the Academy.
The 2 first major missions of the IASCYS are, through the co-ordination of the actions of the IFSR member associations

The officers of the IASCYS EC (the Executive Committee) are:

More details can be found on the homepage of the IFSR (http://ifsr.ocg.at/world/node/68).
IASCYS Academicians Status October 27, 2010

At Chengdu, all the members of the IASCYS, with the President of the IFSR, were individually welcomed at the airport by our Chinese organizing friends. A troop of nice student girls in management had been guiding us culturally each minute throughout the whole stay.
On Sunday, a journey was organized, for the early present people, on the site of the biggest Buddha in the world: the Great Buddha of Leshan. The departure was early in the morning. The Chinese are morning people and the route was very long. First, there was a stop with a great tribute to the Sichuan cooking of fishes at midday. Then, during the afternoon, it was the climbing of the magnificent site in the confluence of the Dadu and Min rivers where, sculptured in the rock, the Buddha’s statue is elevated, but in the mist. A lot of Chinese people are going there from every part of the Popular Republic of China and from anywhere else. In the evening we had a new degustation of the Sichuan cooking of tofu and soya under all its forms and in all kind of sauces! But, as body pleasure comes after mind pleasure, it was only after the visit of the Museum of the ebony. There, sculptured giant fossilized wood pieces -a fantastic painstaking but brilliant job- tell the history of the Chinese people. This whole pleasant day was supported by the bank of China of Sichuan which was a great sponsor of our scientific meeting.
During the Chengdu Conference at the University of Sichuan, on Monday, Tuesday and Wednesday, the days were dedicated for half to the scientific international workshops and for half to the rough debates between the present academicians at the general assembly.
Proceedings of the conference have been published by the Sichuan University, China. 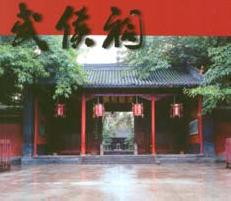 Fortunately, during the spare time and in the evening, we were pleasantly submerged by very friendly activities into Chengdu: 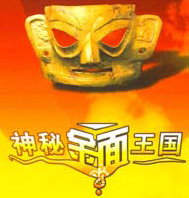 And, last but not least, a great evening in a common Chinese restaurant with our very kind Chinese companions. We were also on visit one half-day in the Zoo-Park-Museum of preservation-research-reproduction of the huge Pandas, who are great eaters too. But, the press only had eyes for the parade of the international Beauty Queens who were there in a show.
After the scientific international culture and the gastronomic Sichuanese culture (“Un esprit sain dans un corps sain.”), Thursday was dedicated to the Chinese historic culture, with a visit at the tremendous site of Sanxingdui with its sumptuous Museum: “a door half-opened on the exceptional civilization, but mysteriously suddenly disappeared, from a Chinese Kingdom of more than 4000 years ago”. With its bronze artifacts and its mysterious royal gold masks and a lot of extraordinary hyper-technical objects (more than 6000 found), the only visit that you must not miss when you come in China! 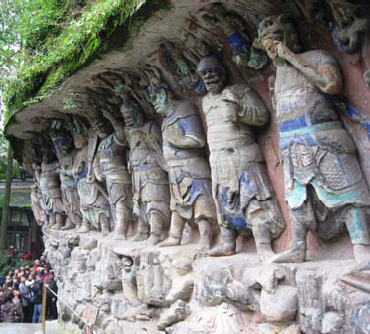 Friday was dedicated to the symbolic culture, with a visit of the sculptures of the site of Dazu. That exceptional place (“the hill of the precious summit”) of the Buddhism and the Taoism (which soaked the Chinese soul) is registered on the UNESCO world heritage list. Before arriving, another “pantagruelic” meal was offered to us by the district of Chongqing, with a stop in an exceptional hotel.
We must thank very warmly our hosts, in particular our academician colleagues Professors Gu and Xu. Thanks to the University of Sichuan and to the Municipalities of Chengdu and Chongqing: they have implemented all the possible actions to satisfy us, gastronomically, culturally, scientifically and humanely. All this was regrettably always too quick, doubtless to be sure that we will have the very strong urge to come back to China! And during the whole stay at Chengdu we were hosted in an idyllic place, the respectable and internationally famous Jing Jang Hotel. They could not do better. Everything was at its best. It was an unforgettable trip! Especially since during all these routes (of which the durations were very long, as China is not at all a small country!), we had long and fruitful working discussions – in English, German, Chinese and in French- about “requisite variety” and about the Academy and the IFSR.
“Zhongguo hen dà! “XièXie”
Further pictures can be found on
http://ifsr.ocg.at/world/files/IASCYS-General-Assembly-and%20Conference-2010.pdf
and
http://gallery.me.com/ranulph/100010