Abstract: For the past century, Western science has focused on the idea that the world is organized around discrete objects which aggregate and have simple relationships. The paradigm is that of physics. All things should be explainable through rules, laws, and algorithms. The observer is not a part of the observation since the “things” themselves constitute reality. Despite the successes which this frame has produced, it has a serious deficiency: How is it that the actions and behaviors of sentient creatures are best described by rules for non-thinking objects? How is it that context is deemed to not matter? And what about complexity? Those relationships which cannot be described by the simple? The physics based frame has no answer and instead discards these issues with the magic words: Ceteris paribus. But we do not live in a Ceteris paribus world. Thus, arises the need for some other kind of science..
Keywords: Science, Physics, Systems, Models, Frames of Reference
Our mission was to begin to articulate a new perspective on science. Most observers believe that science is a rigorous expansion of common sense. Common sense is defined by Merriam-Webster as, “sound and prudent judgment based on a simple perception of the situation or facts.” It is believed (by both common sense and science) that in most cases that simple perception is “good enough”. But, simple perceptions fail to adequately capture the import of context or situation. They are poor at reflecting more than single order effects (where a leads to b). By relying on common sense, we are in effect relying on the assumption that simple perceptions are adequate for the task or judgment at hand. But are they?
Jay Forrester has noted: “While most people understand first-order effects, few deal well with secondand third-order effects. Unfortunately, virtually everything interesting lies in fourth-order effects and beyond.”
When simple perceptions are inadequate, then the need for tools that enable better access to “what, who, and how much” one needs to know becomes painfully obvious. Expanding upon common sense — either in the form of developing better tools for simple perceptions, better methods for simplifying complex perceptions, or better approaches for making judgments based on these simple perceptions just will not help in that portion of the world where “success” lies in developing an understanding of boundaries, constraints, and possibilities inherent in the interactions of large numbers of autonomous and semi-autonomous agents.
Many attempts have been made over the years to refine the notion of common sense — nearly all have run into the same obstacle: simple perceptions are oft times inadequate to capture what we need to know about a given situation or context in which we find ourselves. Our observation is that the current conceptions of science run into this same obstacle. Thus, arises the need to expand our repertoire beyond common sense, and beyond the simple – into a new realm for science – Science II 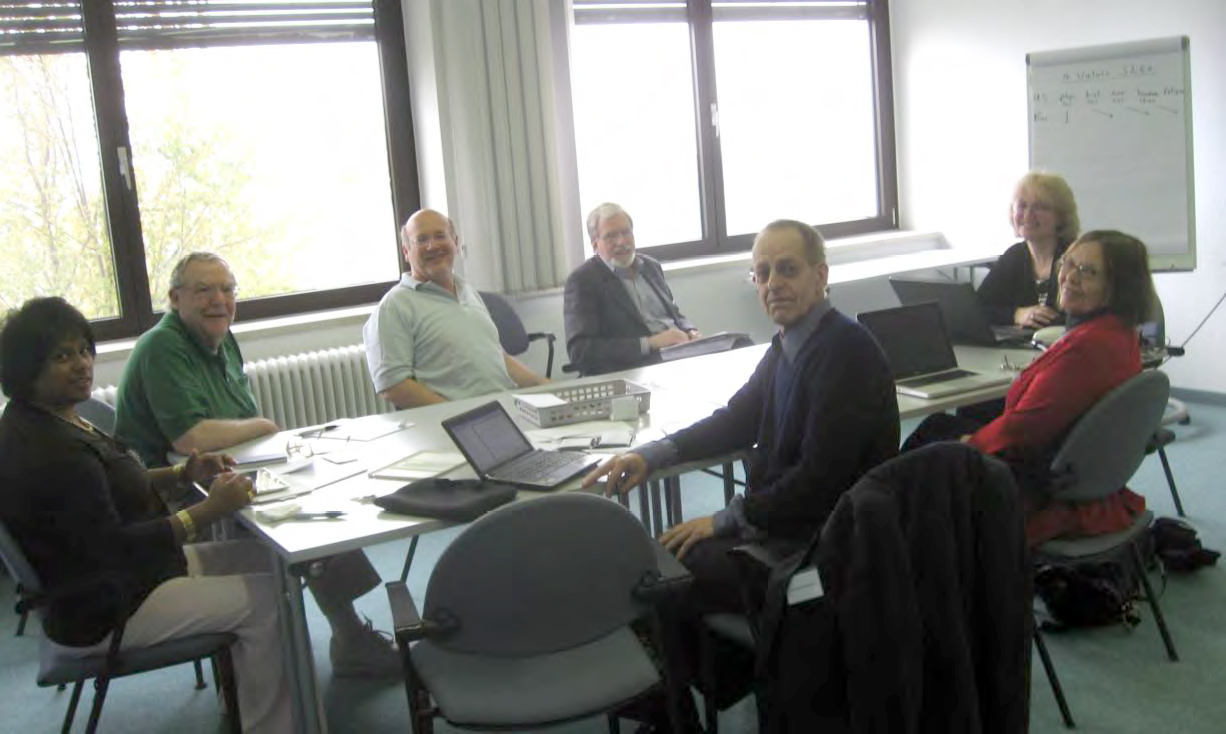 Task 1: Define the Issues
We began by raising issues:

And went on to discuss frustrations and limitations regarding Science I (as expressed by individual members of the team):

And with the Philosophy of Science as commonly used:

This led to some initial conclusions. The basis for social sciences and design (pragmatic assumptions) is different from the “hard” sciences. There is a need to deal with ideas and communication in social systems. Thus, the Philosophy of Science needs expansion to include paths to potential logics of the social sciences. Example questions might include asking “What is the basic unit (individual, group, set, dynamic, environment, etc.?).” Thus Science II will require different languages than are commonly used in Science I. Science II will require different frameworks of thinking. Meta-level thinking is an opportunity which can create the need for new strategies of simplification so as to meet requisite variety.
Task 2: Expand upon Science as a Way of Thought
Generally science is understood as a methodical way of perceiving and cognizing, using observation, building mental models by learning. Beginning with consciousness and higher consciousness science developed from pre- stages (e.g. observation of natural cycles and adapting to them) in pre-history epochs to its actual highly sophisticated constitution. Early phases were closely enmeshed with magic and religious beliefs and rites to control natural events. Mesopotamia created with early topology and cosmology early mathematics to regulate agrarian cultures. Eastern philosophy contributed: India and China. In the medieval epoch formal Greek and pragmatic Roman philosophy, enriched by indigenous thought, grew into alchemy and astrology; the precursors of Post-Renaissance science and of the actual state of scientific research. Science has been and actually remains a learning system consisting of the triangle of the observing scientist, the topic of research and the modes of observation and conclusion.
Actual Science appears a human property to survive and develop emerging with changing inner and outer environments based on methodical learning. In Post-Renaissance science focused on Physics and the methodical rigorousity in physical experimenting, in concluding, in evaluation, validation etc. In the main stream methods derived from physical research where also applied to the non-physical sciences, namely to the life sciences, the anthropologies and humanities. They are addressed here summarily as social sciences. In the beginning the formal structures, the algorithms and the physical base of non-physical sciences were investigated, contributing to a formally/physically grounded understanding. Focusing nearly exclusively on that aspect it became obvious, that on that formal base social/societal objects could not be sufficiently be explored nor be understood nor be guided/controlled. The somewhat misleading term second order science denotes the return to the comprehensive conception of science as a means to cope with the world as described above. The formal physical base is complemented by indigenous modes of research fitting to the social (and other complex life) systems in question. In particular meaning is included. Accordingly epistemology is reconsidered and differentiated as to be adapted to the qualities of the actual object of the research. A movement ‘back to basics’ comprises virtually all sciences,. It responds also to extended scientific environments in the physical science as e.g. quantum physics, cosmology or eventually endo- and exo physics or the fractal nature of time and space experienced. Systems and cybernetics grounded and stimulated the process of scientific emergence, in particular systemics and cybernetics of second order. They acted and act like a hub in the network of rethinking and reinventing epistemology on the disciplinary and cross-disciplinary level. Their concepts supply the crucial points of epistemological departure for a transdisciplinary grounding of science.
Being aware of the above challenge the Team contributed by complementing the above from different focuses:

What Does This Imply for Science II?
We need to enrich the systems approach and reconcile the Eastern and Western approaches. It seems that Science II demands narratives. We used the example of Medical Heuristics (e.g. narratives told by physicians to patients). Because Science II includes Reflexive Anticipation more variety is needed in describing homeostasis and balance relationships. The very notion of “Best Practices” needs to be re-examined. Finally Science II needs to find ways to express circular causality.
We then tried to systematize our thoughts.
Task 3: We asked “What Happens When We Add the Observer to Science?”
Science I as traditionally understood has attempted to exclude the observer from having an active role in the scientific enterprise. Conclusions are supposed to be observer independent. Multiple experiments and the doctrine of falsification are supposed to render Science I objective and remove subjective bias. This notion was perhaps best captured in Karl Popper’s three worlds. 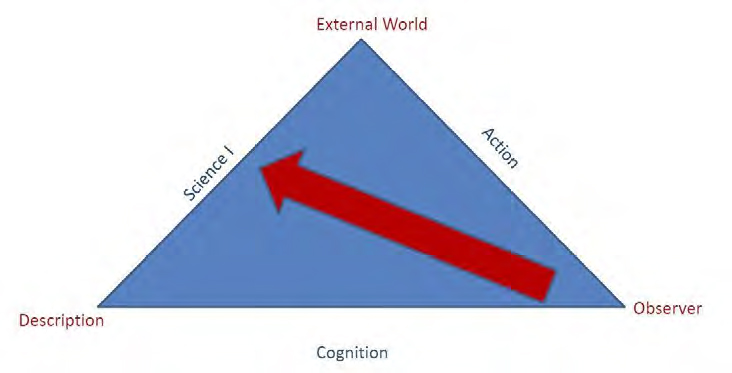 Figure 1: Based upon Karl Popper’s notion of three worlds, the arrow captures the question of adding
the observer to the Science I axis. IFSR Conversations 2012 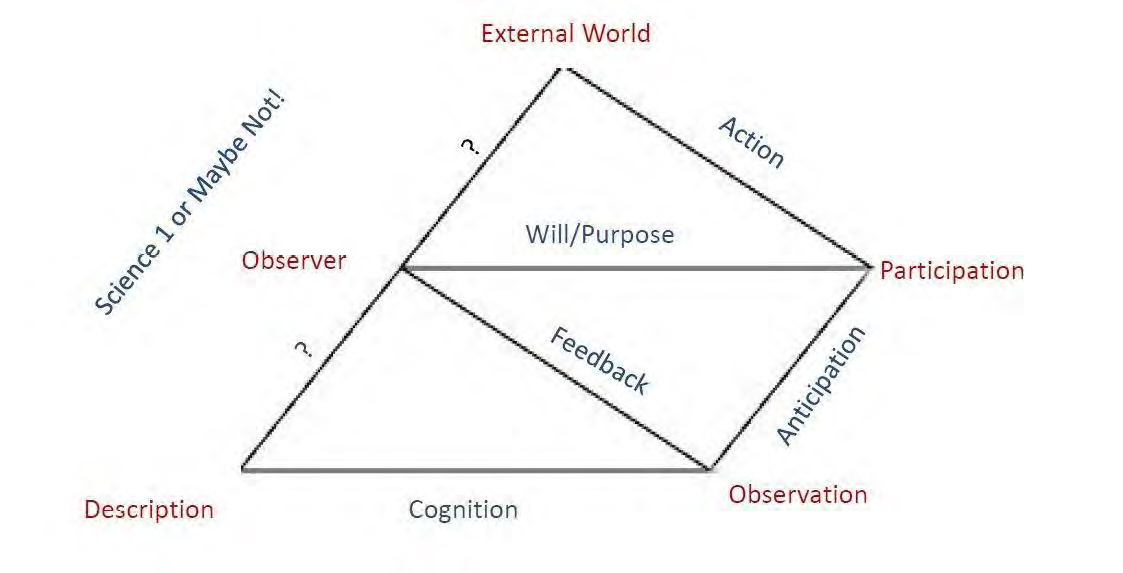 Figure 2: We folded the right corner of the triangle in Fugure 1 and then labelled the resulting axes.
This chart allowed us to discuss in greater depth implications of the role of the obsever.. IFSR Conversations 2012

Figure 3: Our initial conclusion was that “adding the observer” resulted in a broader prhilosphy of
science rather than a replacement philosphy of science. Thus Science II functions in addition to
Science I. IFSR Conversations 2012

Task 4: Then we asked: what happens when we add feed-forward reasoning to Science?

Task 5: Finally we asked: what happens when we add Will/Purpose to Science?

Task 6: Recast the Ontology of Science and of Scientific Thought
When we pondered these questions we approached science as a process in evolvement. We observed that roughly four phases may be distinguished: 1st the ‘world’ how it is (simple positivism), 2nd the world as it is seen by the scientist (cybernetics II); 3rd the world how it has become: the dynamics of evolution, of complexity, of meaning; emergence. 4th the deep structures (networks, fractals, processes like dimensional re-entry). These can be pictured: 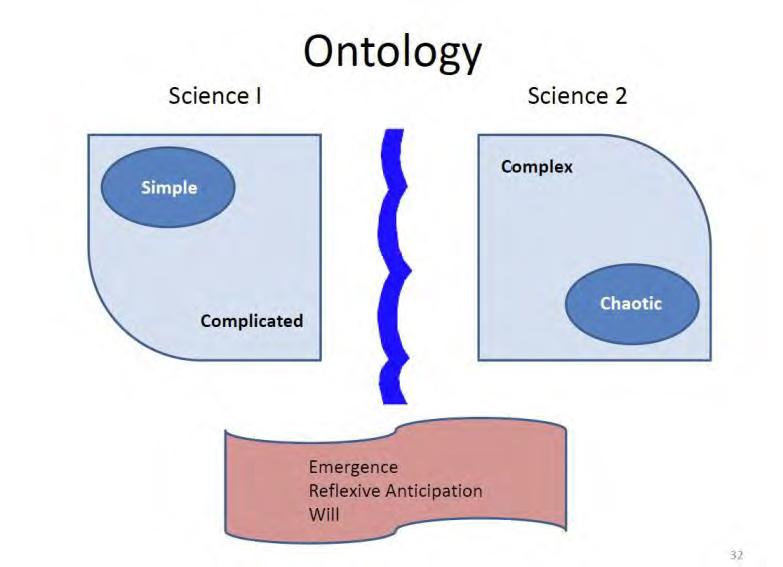 Figure 4: The ontology chart we developed to indicate the roles of both Science I and Science II. The
red area at the bottom lists qualities which distinguish the two .realms. IFSR Conversations 2012 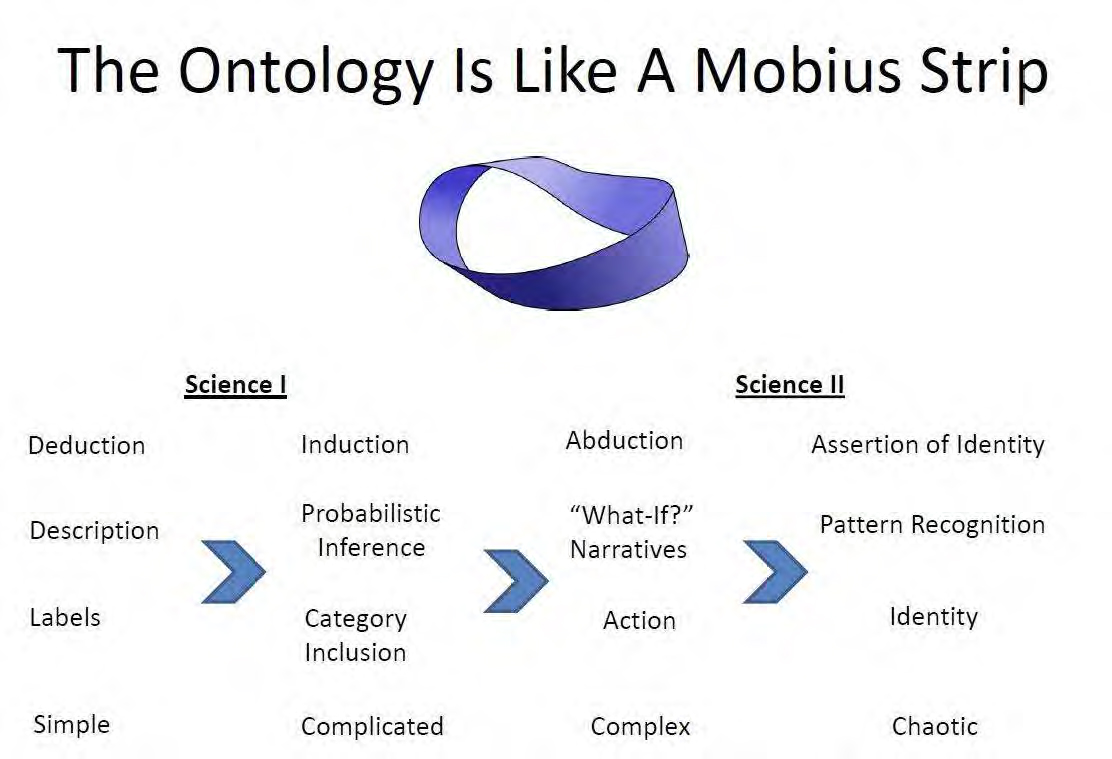 Figure 5: While Figure 4 suggested that the realms were divided, Figure 5 is meant to emphasize
their interconnection. A mobius strip is a one dimensional continuous surface – so too are the
transitions between and amongst the realms of Science I and Science II. IFSR Conversations 2012

In conclusion we analyzed the differences between science (I) and second order science (Science II) as to their origins; historically and connected to the process of science as an emergence process. Why is Science II needed and, measured by the challenges, not yet sufficiently understood and solved? Only a new epistemology and ontology behind can adapt the potentials of science to deal with the looming natural, demographic and social singularities. Addressed are mainly but not exclusively societal, social and ecological challenges. If the observer and environments – in Science I but parameters – are included in the scientific process, participation, will and purpose (meaning) are added. The acknowledgement of feed forward, of the influence of the social habitus (specific social environments) enables anticipation, permits grounded guidance and control. The latter rises new problems: the abyss of politics, power play, of vested interests. Final cause is essential (anticipation), as is non-Aristotelian logic. Epistemology is implied deliberately as an active means and object of research. Research in itself is seen a learning process in a continuous line of learning and metalearning. Contexts remain not fix parameters, but become catalysts participating in the research process. The differences are reflected in a differing ontology in Science I and Science II.
Summary
The summary of our considerations is displayed in the two figures below 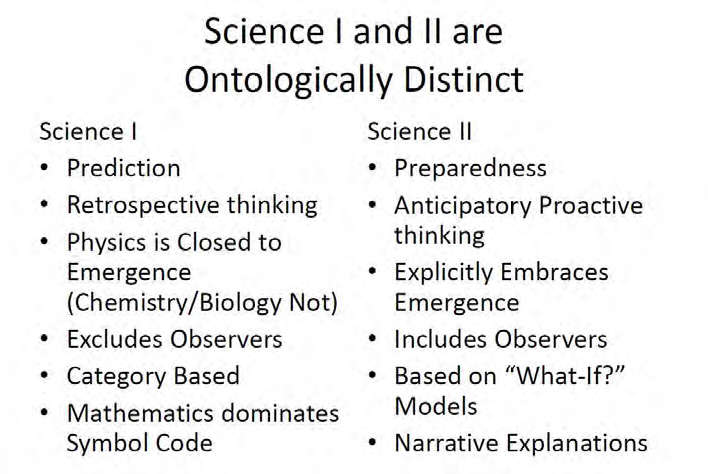 Figure 6: A summation of the distinctions between Science I and Science II. IFSR Conversations 2012

Science II constitutes a tool both for theory/model building and pragmatically problem solving. 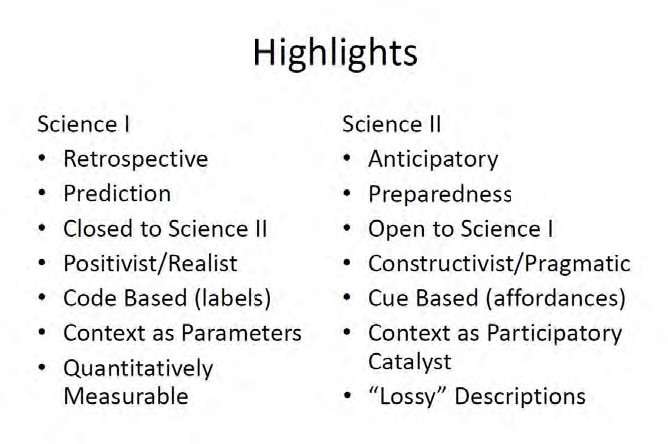 Figure 7. Characteristics which distinguish the practice of science in the two realms. IFSR Conversations 2012 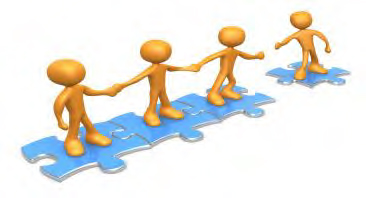