IFSR Newsletter 2012 Vol. 29 No. 1 September
Ernesto Grün
These days, our friend and mentor in systemics and cybernetics turns 90 years. In about 33000 days he has gone through 9 worlds, some of them overlapping.
Let me explain:
He lived on 3 continents
He served 3 different types of activities: commercial, diplomatic and intellectual
And mentally moved in 3 different times: past, present and future. 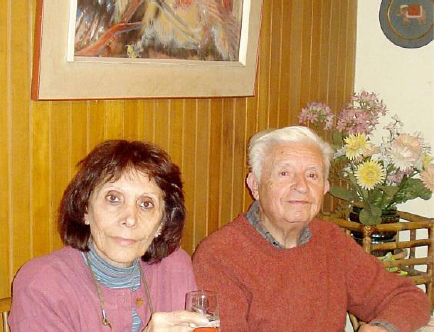 Born in Europe, more precisely in Belgium, where he had his primary, secondary and university education.
He then moved into deep Africa, the Belgian Congo, where he had commercial activities. 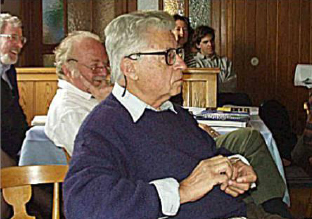 At the beginning of the process of liberation from colonial status there , he came to our America settling in the province of Mendoza, Argentina, where he did also commercial activities with varying luck. This led to diplomatic activities at the Belgian Embassy in Buenos Aires, as a commercial attaché until his retirement. 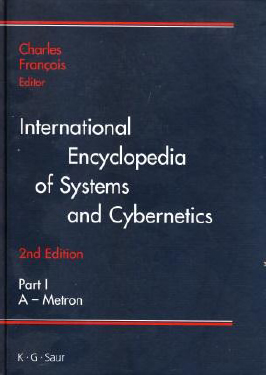 Then he dedicated his life to what was, already for many years, his passion: the study and teaching of General Systems Theory and Cybernetics, this knowledge he spread throughout Latin America and beyond it , in Europe and the U.S.
He wrote many works in several languages , also a dictionary in Spanish and the an encyclopedia in English both about systems and cybernetics (Charles François: International Encyclopedia of Systems and Cybernetics, 2nd edition in 2 volumes, K.G. Saur, München 2004, 740 pages, ISBN 3-598-11630-6).
He toured many countries , giving courses and lectures, participating in forums and seminars and integrating multiple institutions.
But not only did he dedicate his time to this new paradigm but threw himself into the future with a book on foresight.
That is why I say that he mentally acted on the past, present and future.
All this multi-faceted life experience he offered to us for more than thirty years in “GESI”, the Study Group of Systems of Buenos Aires, a hotbed of new ideas and their influence on the intellectual world, particularly in Latin America .
In his own words he once said “for me, Systemics has become a way of life, in the broadest sense of the word. I gradually discovered that the systemic perceptions that I have incorporated into my mind (and even in relation to my own body) have helped me more and more to survive and adapt to life”
Thanks, Charles, for all this!
By Gerhard Chroust