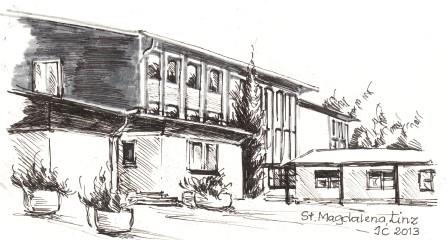 The traditional bi-annual IFSR Conversation took place in St.Magdalena, Linz, Austria,  from April 27 to May 2.  40 scientists  came together in 6  groups  to discuss themes of high relevance to the field of Systems Thinking / Systems Engineering. This year’s themes were:
Theme 1: Systems Engineering and Systems Sciences
Theme 2: Thrivable Systems
Theme 3: Future Directions of Cybernetics
Theme 4: The Future of the Conversation
Theme 5: Philosophy, General Systems Theory, and Modern Systems Sciences
Theme 6: Systems Research
The IFSR Conversations have taken place every second year in Austria since 1982 (originally named ‘Fuschl Conversations’). Participants take part in a conversation, divided into several teams, each devoted to a subtopic of the general Topic of the Conversation. Participation in a Conversation is by invitation of the IFSR only, based on the anticipated contribution of participants to the topics for that year.
A Conversation is a collectively guided disciplined inquiry and an exploration of issues of
social/societal significance. It is engaged by scholarly practitioners in self-organized teams. The conversation begins with a pre-Conversation preparation phase that leads to an intensive interaction and discussion phase at the actual Conversation. No formal presentation or paper submissions are accepted. The findings are summarized and consolidated in a proceedings volume to be published around the end of 2014.