IFSR Newsletter 2000 Vol. 19 No. 1 July
A retrospective by Gordon Dyer
Special steps were taken at Fuschl 2000 to develop a learning community. There were two objectives in this:

Time was allocated within the plenary sessions to discuss and record common experiences and conclusions emerging from individual group presentations. In this way it was hoped that the groups would learn from each other and then reinforce this learning in their on-going group work. Plenary sessions were held on Monday and Tuesday evenings to allow groups to report on their interim progress, with a final plenary on Friday morning. The evening sessions were one hour long, the final session 2 hours. With 4 groups, each had 15 minutes in the evenings and 30 minutes in the final session, but they were briefed to use about 1/3rd for their presentation and 2/3rd for plenary discussion. Gerhard Chroust acted as timekeeper and Gary Metcalf volunteered to identify and to record similarities and connections between reports of at least two groups. These were categorised in the form of

The final presentation session was extended to allow a “conversation about the conversation”. Some key points were: 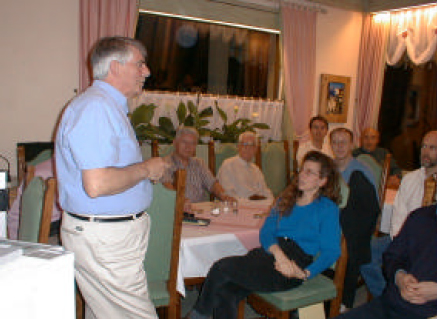 It has always been the hope of Fuschl stewards that participants will contribute to the dissemination of the conversation method by applying it in their own communities. It is recognised that in doing so they would need to adapt the conversation method and rules for their own context. Suggestions for the possible application of conversation were sought from participants via a “valuation” questionnaire. Ideas included suggestions to use conversation methods:
for building a research team for an internationally organised project in university and research activities
as an approach in blocked seminars
for shifting mind-sets at workshops and seminars
for seminars or a faculty retreat at home University
for building the sense of community amongst local school staff
with small groups of students at school to improve social dynamics of a small group
for quality circles
There was shared recognition that the conversation format is a powerful and potentially beneficial method for any small group to learn together. However, initially if working with non-academics it may need to be more problem-oriented. After some experience, more general topics might be used.
Three recommendations then arose for future planning: 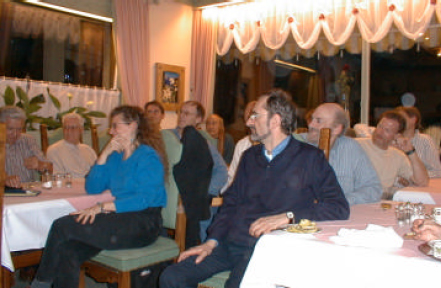